What I’m Reading in November 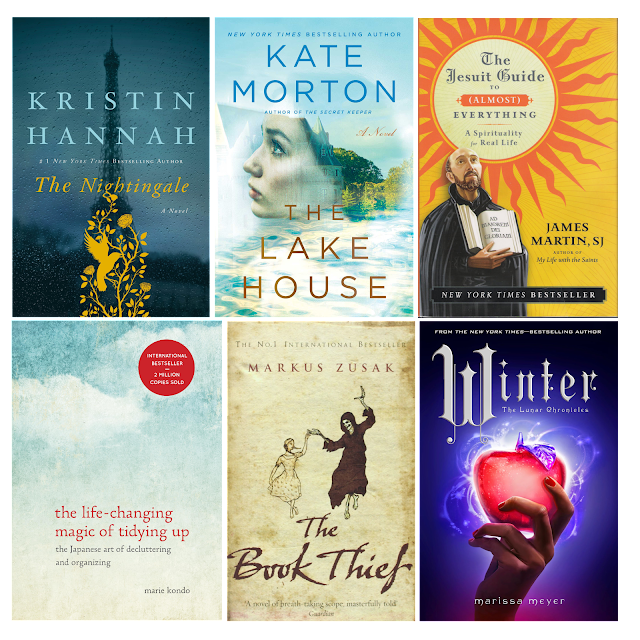 The Lake House by Kate Morton
It is the eve of summer solstice in 1933 and the Edevane family has gathered their friends at the beautiful estate of Loeanneth for celebration. The gardens are magically decorated and everyone is caught up in the festivities. Yet amidst the fireworks and champagne there are plans afoot and the next morning the Edevane family discovers that their youngest child Theo, has disappeared. The family is devastated and Theo is never found, dead or alive. Seventy years later, Sadie Sparrow is forced to take leave from her work as a police investigator. She decides to visit her grandfather Bertie in Cornwall and during her stay she stumbles upon an old desolate estate of Loeanneth. Sadie sets out to discover the secrets of Loeanneth and what exactly happened the night that Theo Edevane went missing.

Kate Morton spins a magical web of stories through the perspective of her characters spanning from 1911 to 2003. With her various twists and turns Morton keeps the reader in suspense making it very difficult to put her book down.

The Life-Changing Magic of Tidying Up: The Japanese Art of Decluttering and Organizing by Marie Kondo
Marie Kondo has been passionate about tidying from a young age. After much trial and error she has discovered a method of tidying that she claims works for all and has no rebound effect. Her aptly named KonMarie method of tidying is uniquely presented in an easy to read book that has peeked the interests of people worldwide. The premise of the KonMarie method is that everything in the home should bring you joy. If an item does not spark joy it does not belong in the home. I was often amused by the descriptions and personifications she attached to various household items. At heart Marie Kondo shares a message of appreciation and minimalism. Truly, a very enjoyable book to read for both people that love tidying and those that despise it.

Marie Kondo will be releasing a second book Spark Joy: An Illustrated Master Class on the Art of Organizing and Tidying Up in January 2016.

The Nightingale by Kristin Hannah
When Isabelle and Vianne were young their father went to fight the Great War. He returned a changed man and after the death of their mother the sisters are cast aside. Now it is 1995 and one of the sisters receives an invitation to travel to Paris for a commemoration of the Nightingale. The sisters’ experiences of loss and heartache that were the result by living in occupied France in the second world war come hurling back. It is finally time for these stories, so carefully hidden, to be told. Throughout the book the telling of survival and rebellion alternates between the perspective of Isabelle and Vianne. A heart-wrenching story or pain, loss, love and hope. A must read.

The Book Thief by Markus Zusak
Narrated by Death itself this book follows Liesel Meminger, the Book Thief, a ten year old girl living in Nazi Germany. The story begins with Death and its shadow embraces and lingers over everyone as world war two plummets Europe into fear and loss. I am truly captivated.

Winter by Marissa Meyer
Back in June I read the first three books or the Lunar Chronicles: Cinder, Scarlet and Cress. I found these futuristic fairy-tale stories rather addictive and have been patiently waiting for the fourth installment to be released.

The Jesuit Guide to (Almost) Everything: A Spirituality for Real Life by James Martin
After reading A Year of Living Prayerfully and God Finds Us I have found myself being drawn to the spiritual practices of St. Ignatius of Loyola. I recently ordered this book and plan to start reading it soon.

I read The Nightingale a few months ago and didn't love it as much as Kristin Hannah's other books. My book club is reading it as our December book, so I'm going to give it a second read; perhaps it will be better this time through! I love the Lunar Chronicles and am also looking forward to reading Winter.

I actually haven't read any other books by Kristin Hannah. Which ones have you read and enjoyed? I'm curious now 🙂

I have Winter sitting on my kindle just waiting for me to finish up my book club pick – so impatient! lol

I know the feeling! I've committed to finishing The Book Thief before starting Winter 🙂