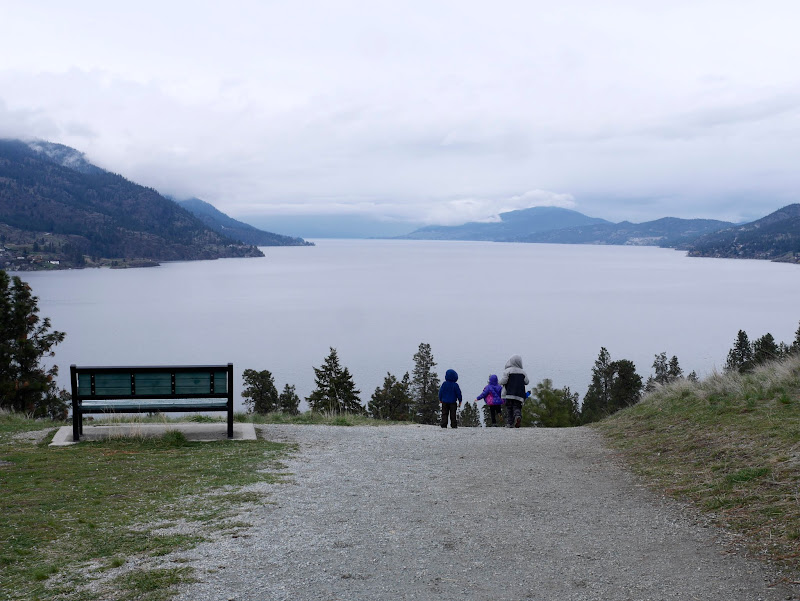 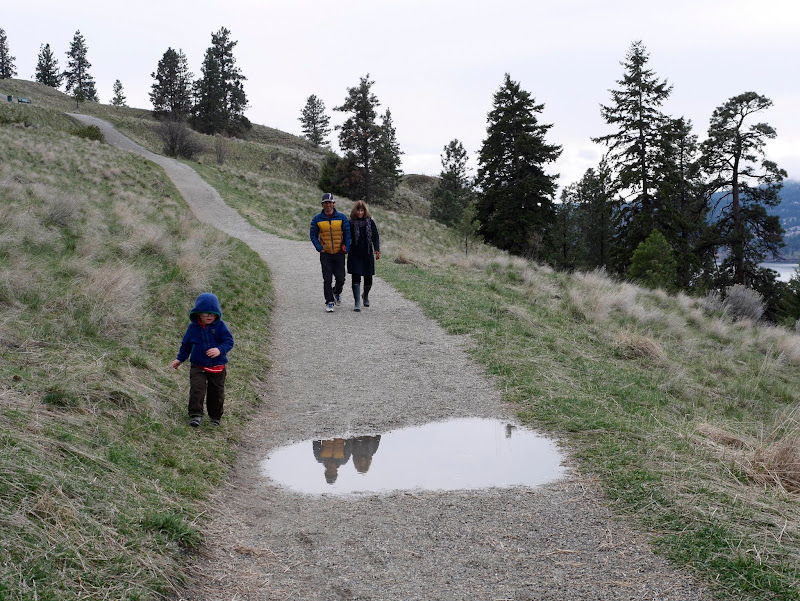 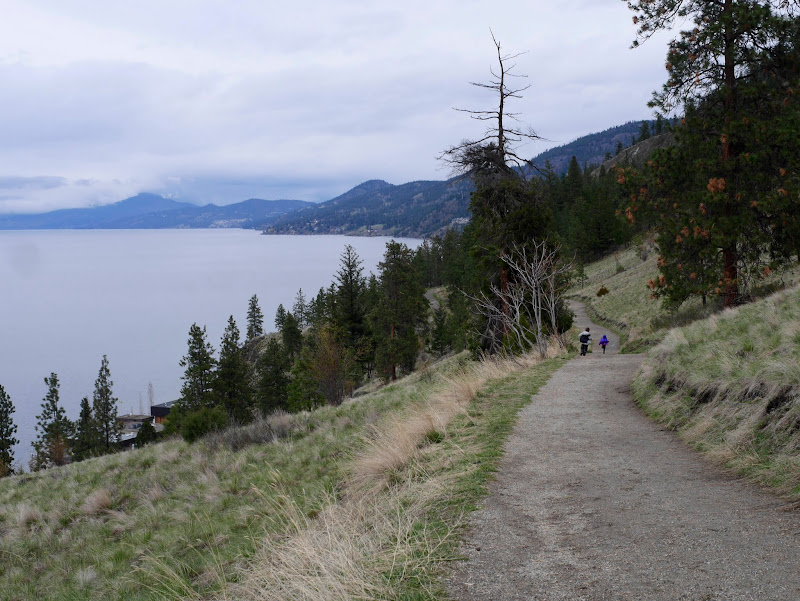 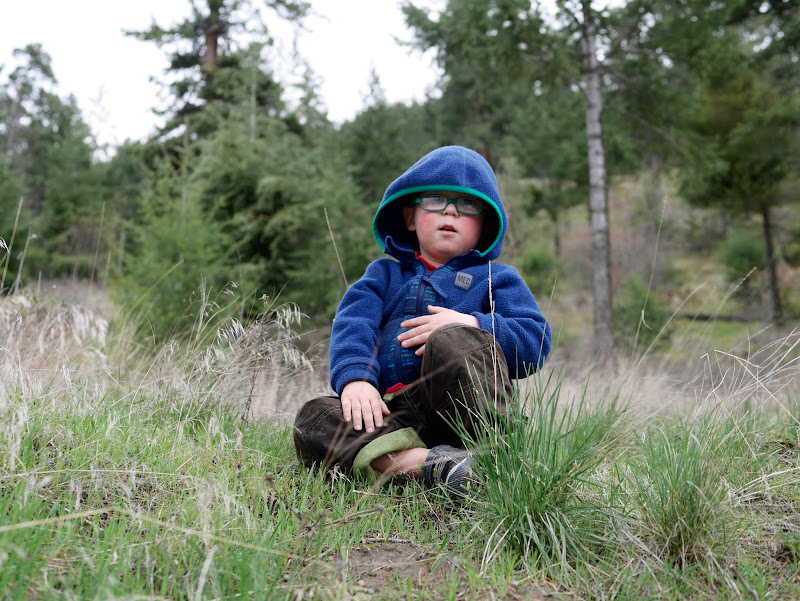 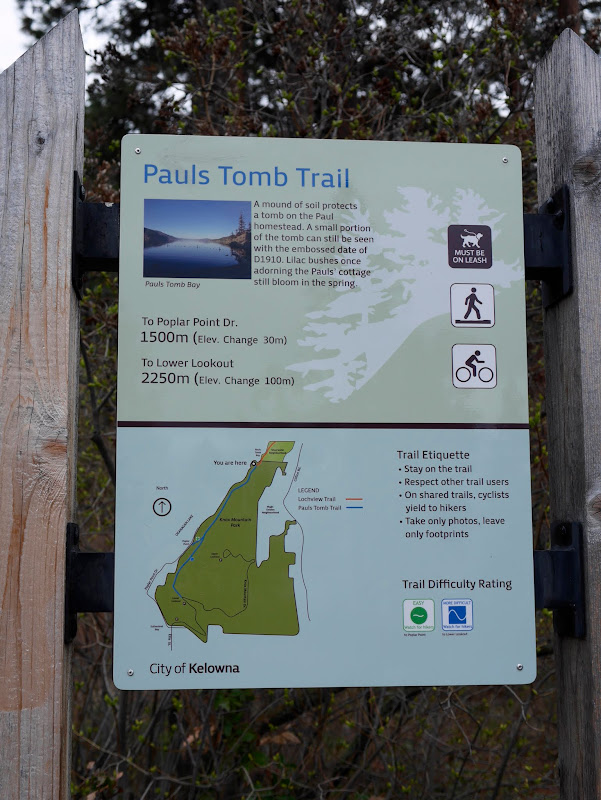 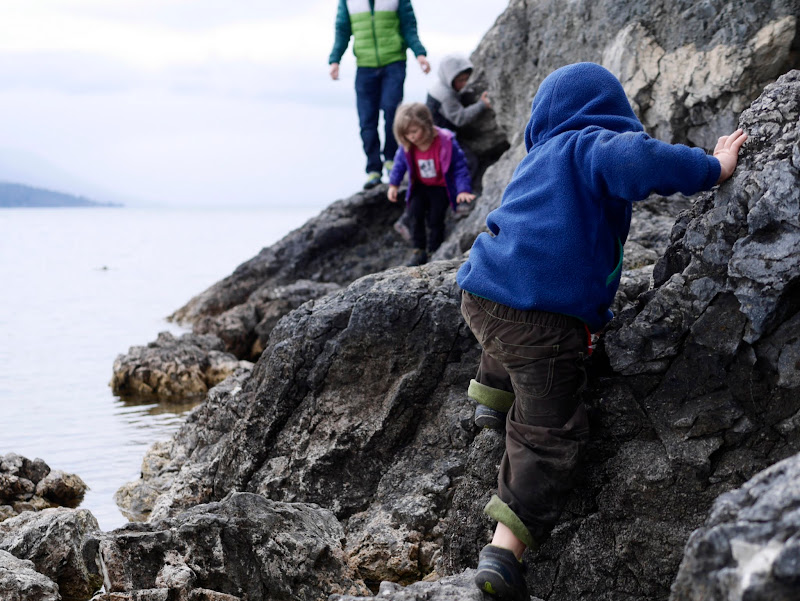 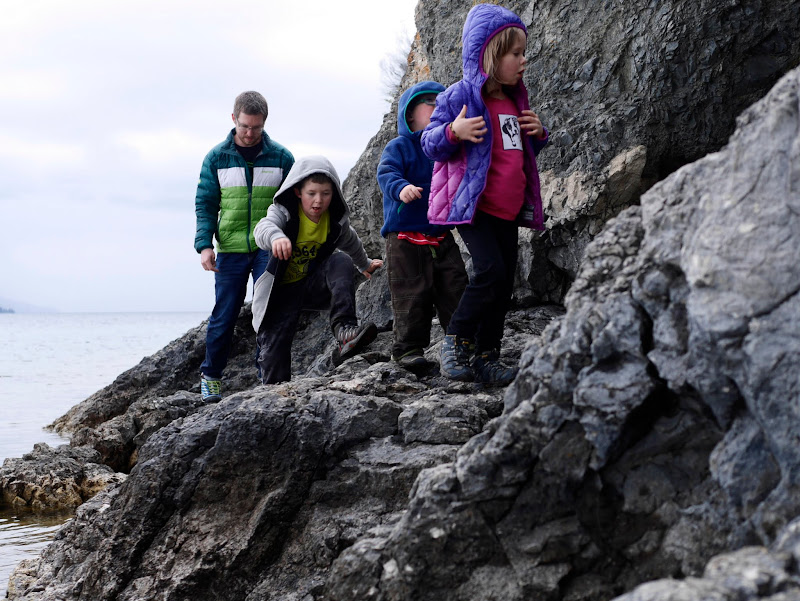 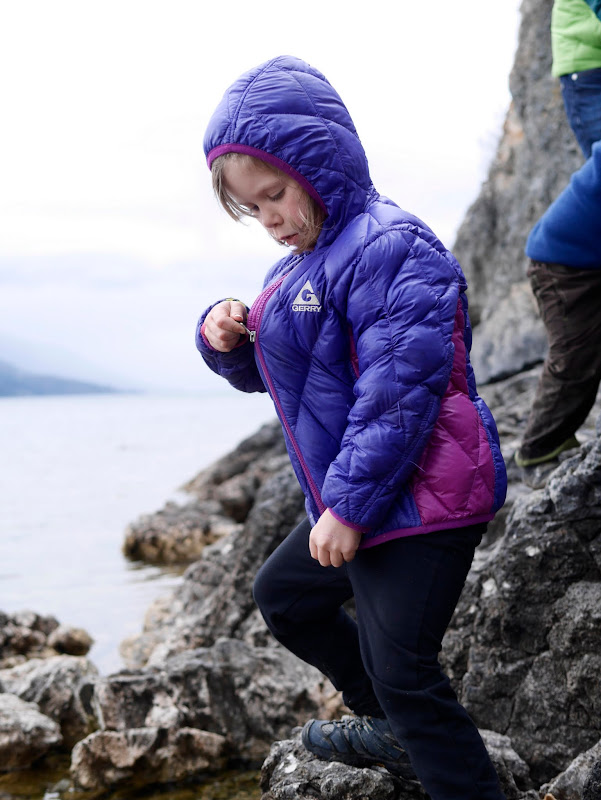 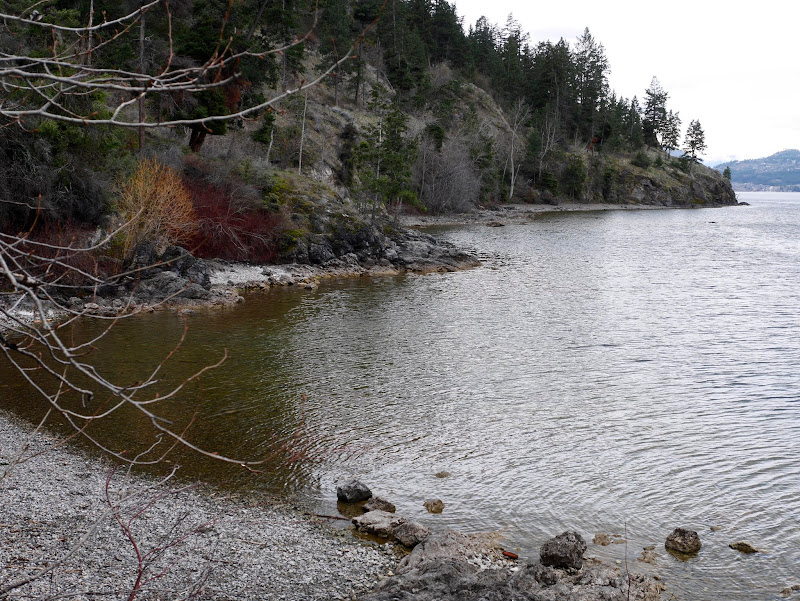 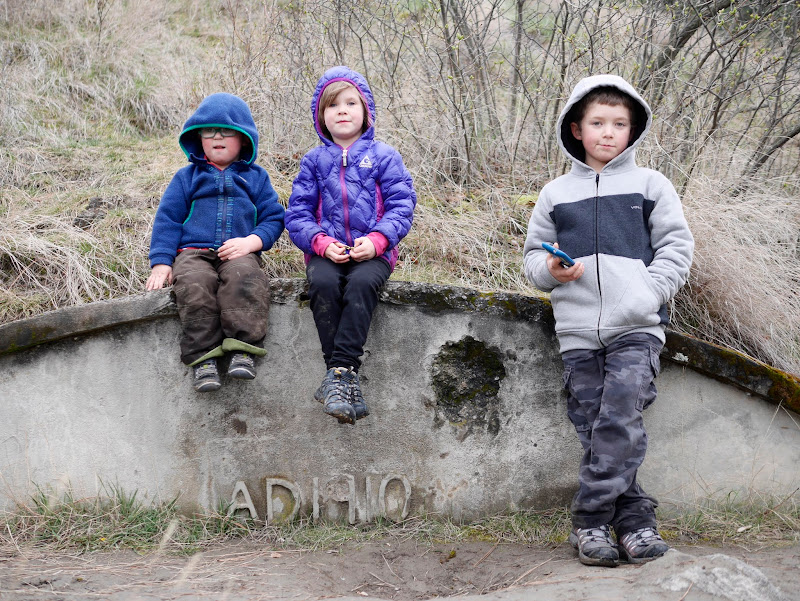 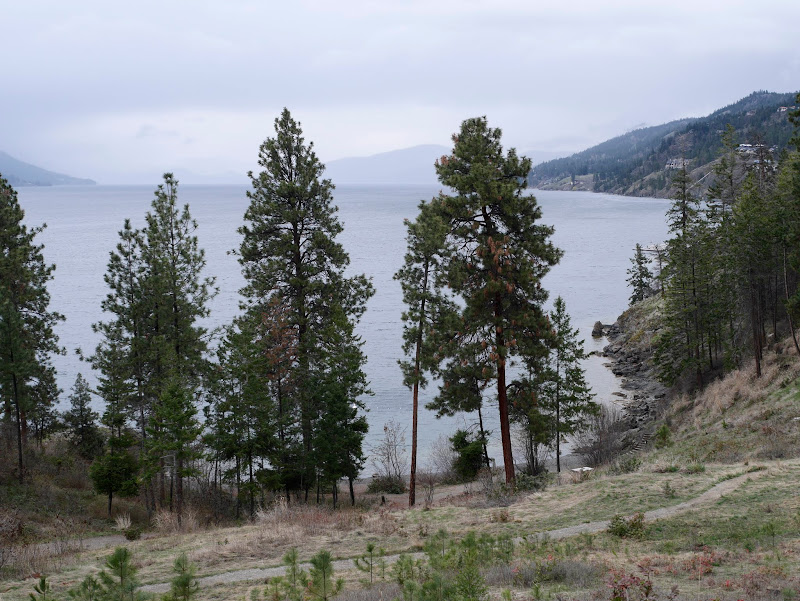 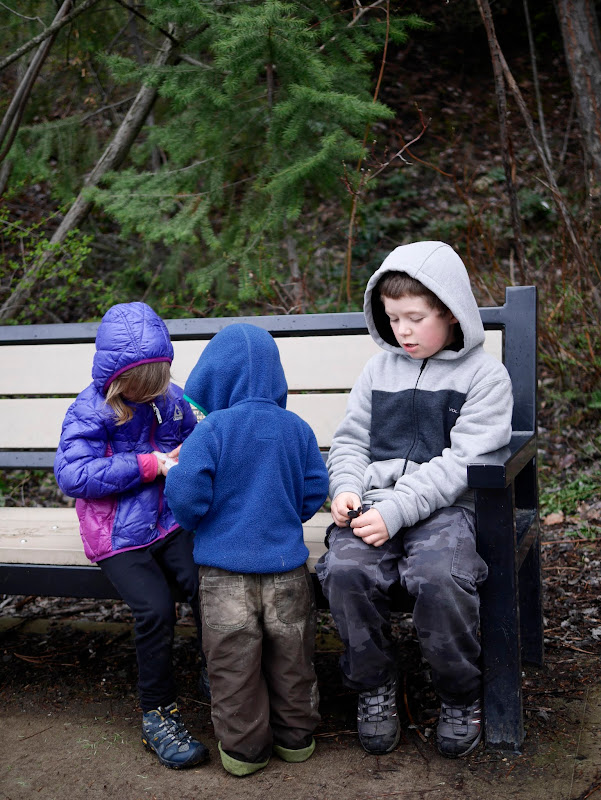 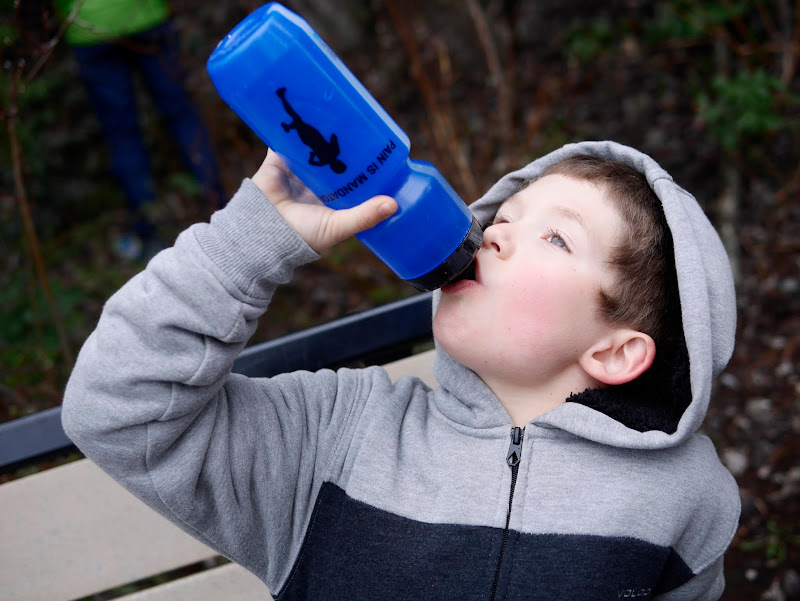 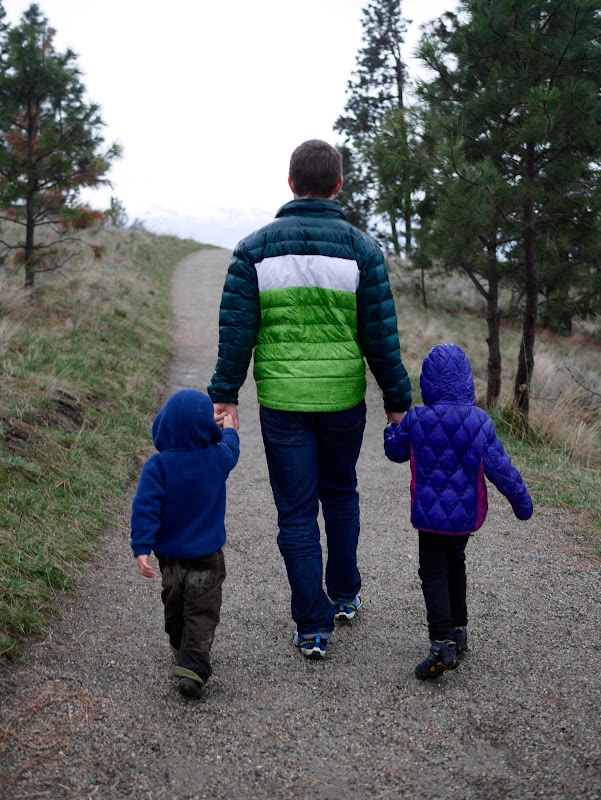 Despite a drizzly March afternoon we took our energy filled children to explore Knox Mountain (map), a 310 hectare park located north of downtown Kelowna. It was our first time hiking here and there are so many trails we did not know where to begin. We parked at the Lower Crown Lookout, the second parking lot, and started along Paul’s Tomb Trail.

Paul’s Tomb Trail is a 2.67 km trail (one way) with a gradual 262 metre descent. The trail is wide and even, except for one short rocky spot, and there are several interesting geocaches along the way. The view along the trail is breathtaking as it overlooks Okanagan lake. At the end of the trail there is access to a nice cove, perfect for swimming, and a small trail leading up a hill to the famous Paul’s Tomb.

Rembler Paul built the impenetrable crypt in 1910 as a tribute to his family. It was to be the resting place for eight bodies but only two were ever buried there: Rembler and his wife Elizabeth Paul. In the early 1970s the tomb was vandalized and to prevent further vandals a large mound of dirt was placed in front of the tomb. This is why only the top of the tomb can be seen today.

The hike back to the parking lot is a bit more arduous since it is an upward climb but there are plenty of benches along the way for resting. My youngest (a small four year old) did need a little help back partly because he expended a lot of energy searching for geocaches. Regardless, the heavy rain clouds and splattering rain kept everyone walking briskly and the return hike felt shorter than the hike out. The hike took two hours for us to complete. Like many trails in the Okanagan valley, the trail is exposed and so it would be quite hot in the summer. However, I would love to go back on a summer’s eve and swim in the cove.

Spring in the South Okanagan

You are so adventurous and the children are so well trained to climb those rocks. It seems dangerous to me, but you are there to help in case it is needed. Thanks