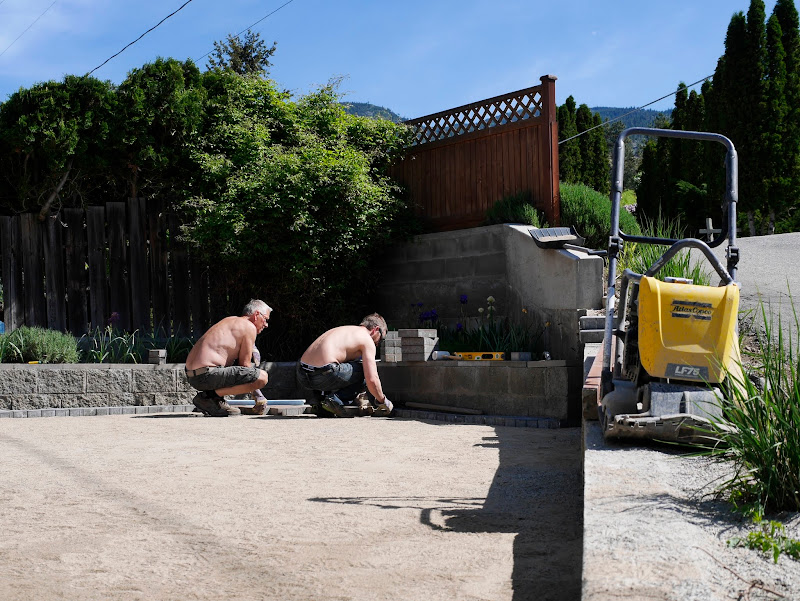 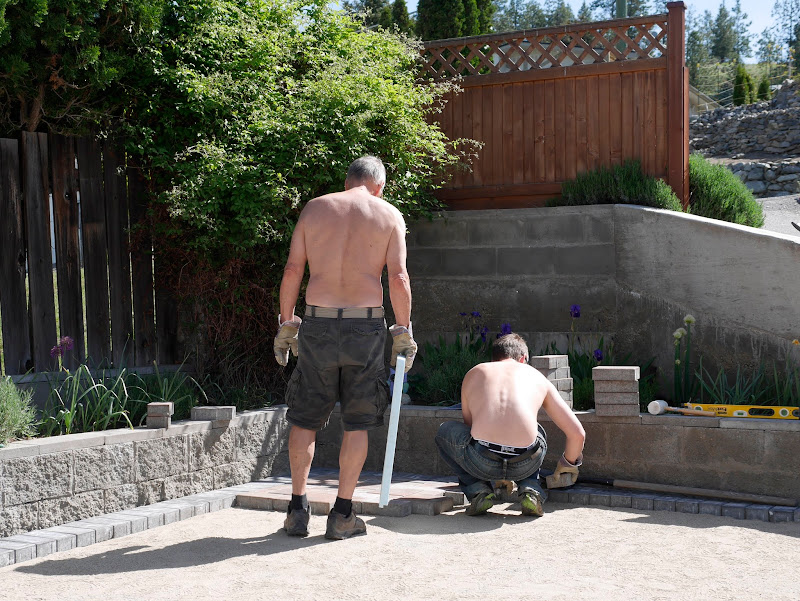 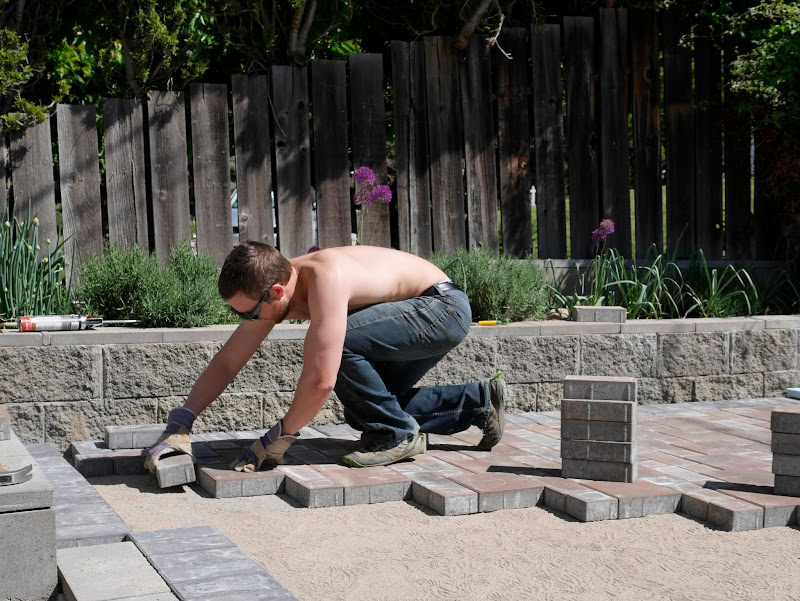 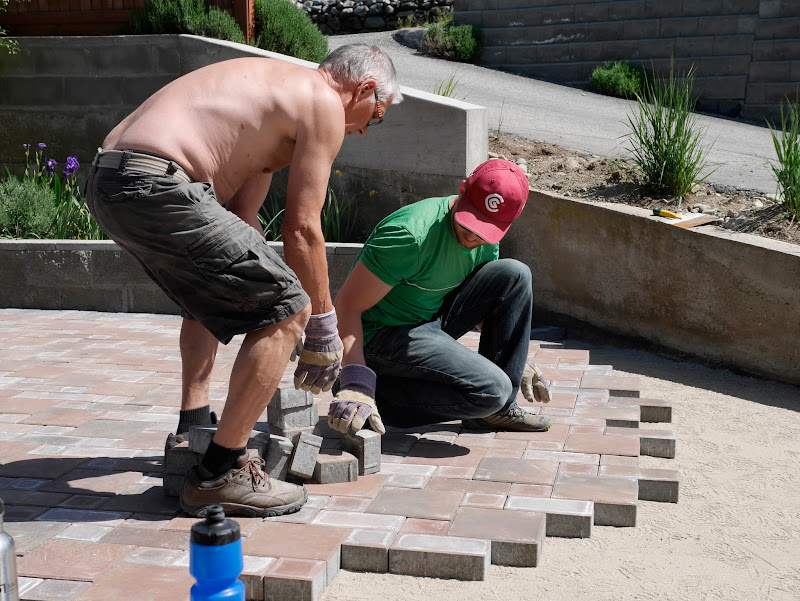 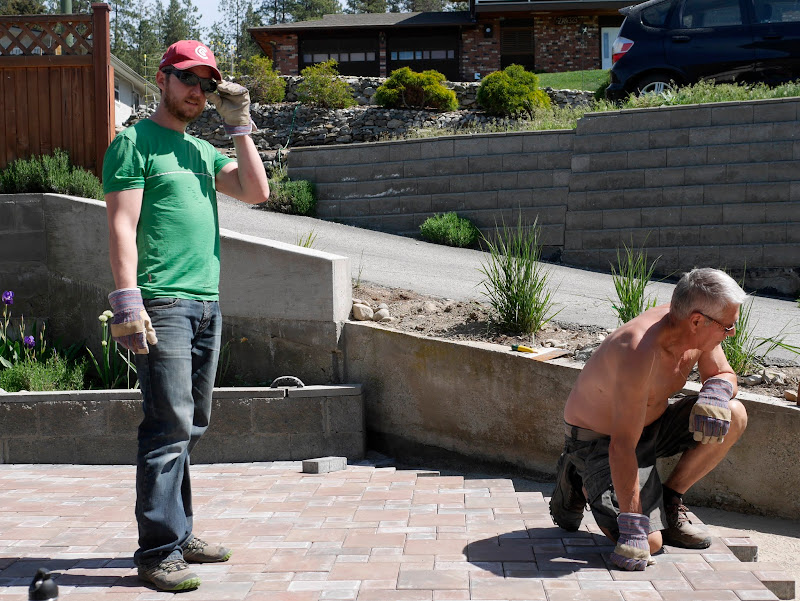 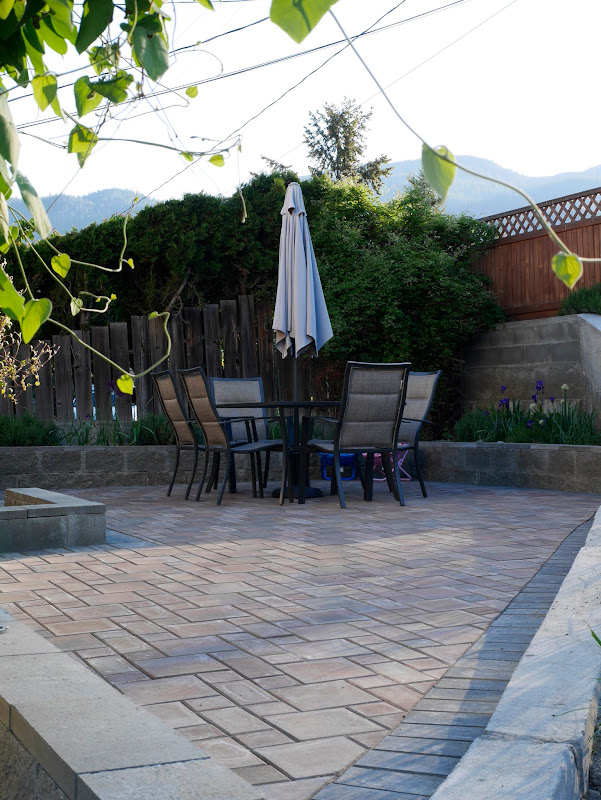 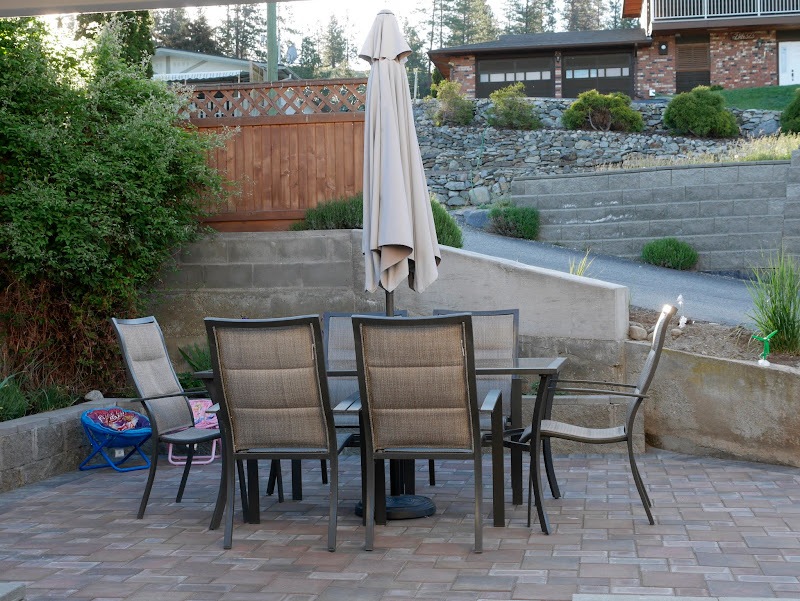 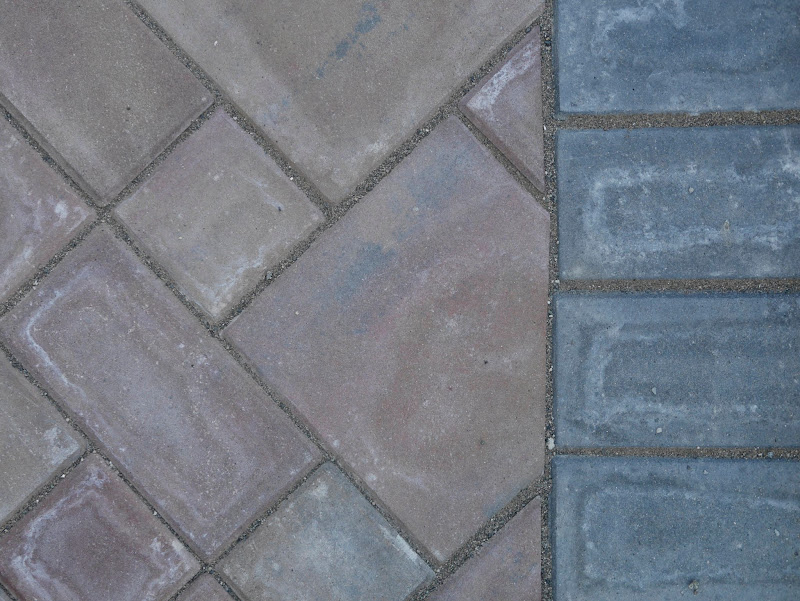 In front of our home we had this patch of grass. Actually, it was mostly weeds and dead grass because I neither watered nor fertilized it. To make matters worse the area is surrounded by concrete walls on all sides making it a pain to mow. Eventually the out-of-control weeds and dead grass became a terrible eye sore and I started to brainstorm ways to fix it. I knew the grass had to go so I considered several possibilities: xeriscape, vegetable garden or bricks. Eventually I settled on removing everything and putting in paving bricks. I imagined a lovely little patio that we could enjoy in the evening.
The first step was removing the dead grass and weeds. With the help of my brother and husband we completed this task in the early spring. Then the topsoil needed to be dug out. This was painstakingly done one twenty liter bucket at a time by myself and my little helpers. Phew! At the end of April my husband’s parent came to visit and after some not-so-subtle hints my father-in-law and husband agreed to take on the monumental task of preparing and laying bricks over the area. The job required removing a portion of a concrete wall, building a retaining wall, borrowing a truck, shoveling four-and-a-half yards of aggregate and a yard of sand, packing aggregate, and cutting, laying and packing bricks. It took us three very intense days of hard work to complete! And the result? A lovely little patio! I want to send out a big thank you to my awesome in-laws, husband, brother and friends who helped us complete this project!
PatioRenovations
2 comments
0
FacebookTwitterPinterestEmail
previous post

It is beautiful for I have seen it and enjoyed sitting in the cool breeze and shaded by the umbrella while resting comfortably last Sunday.

Beautiful!! Andrew and I put in a patio in the first house we owned. We haven't done anything like it since!