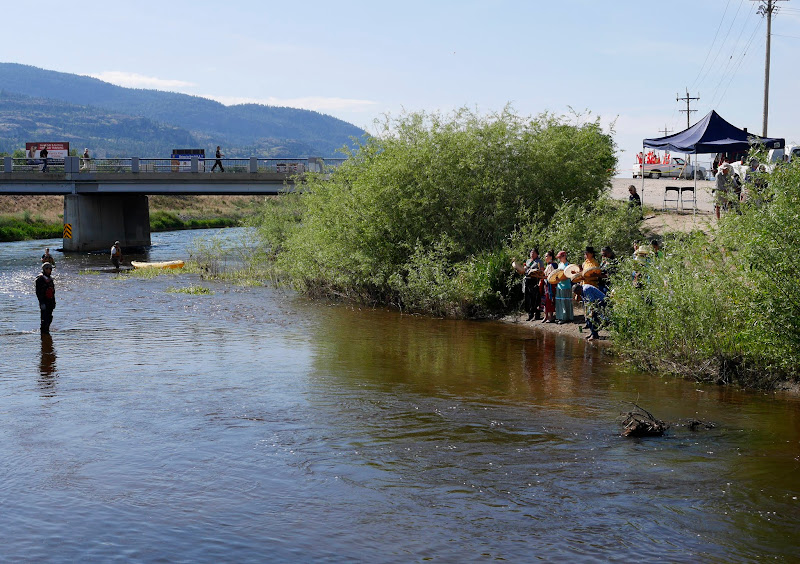 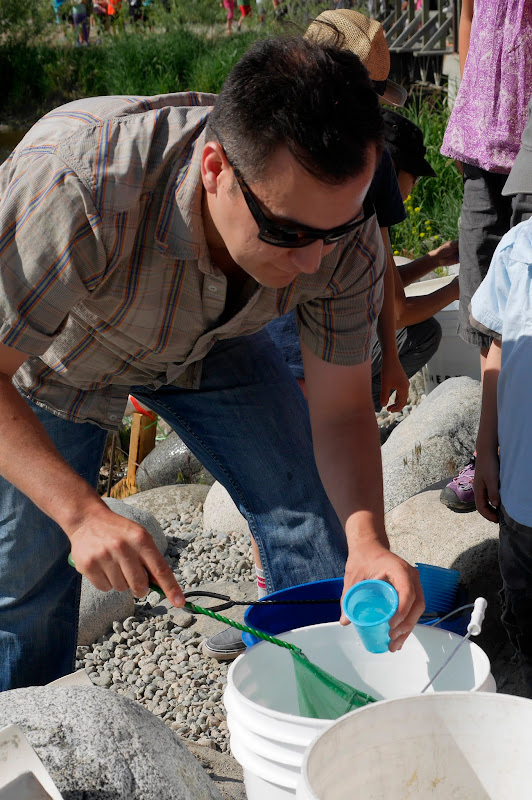 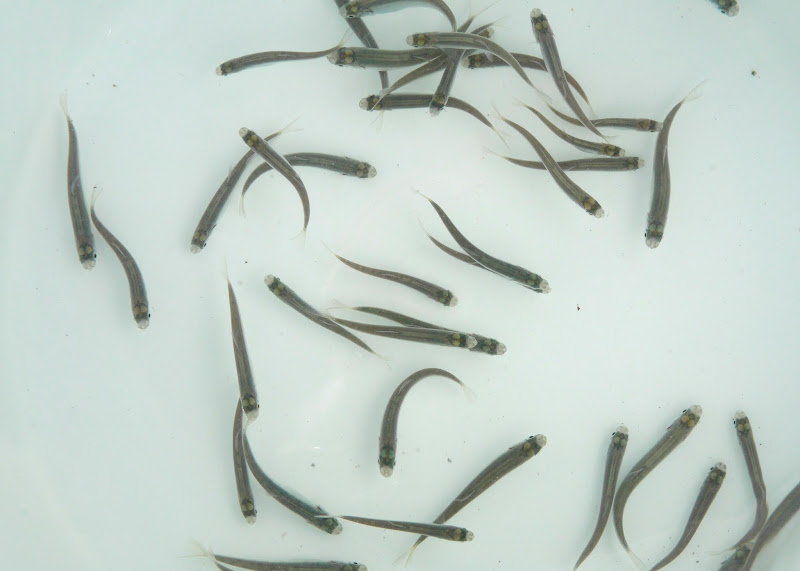 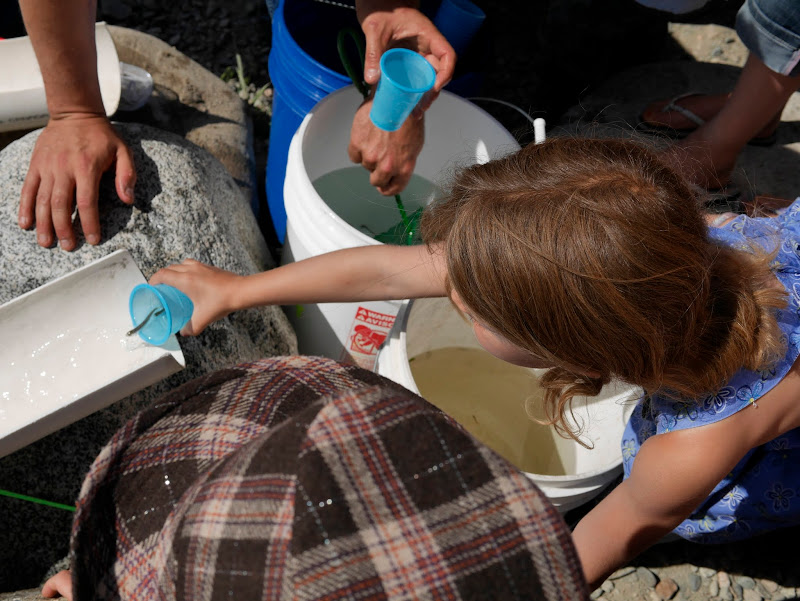 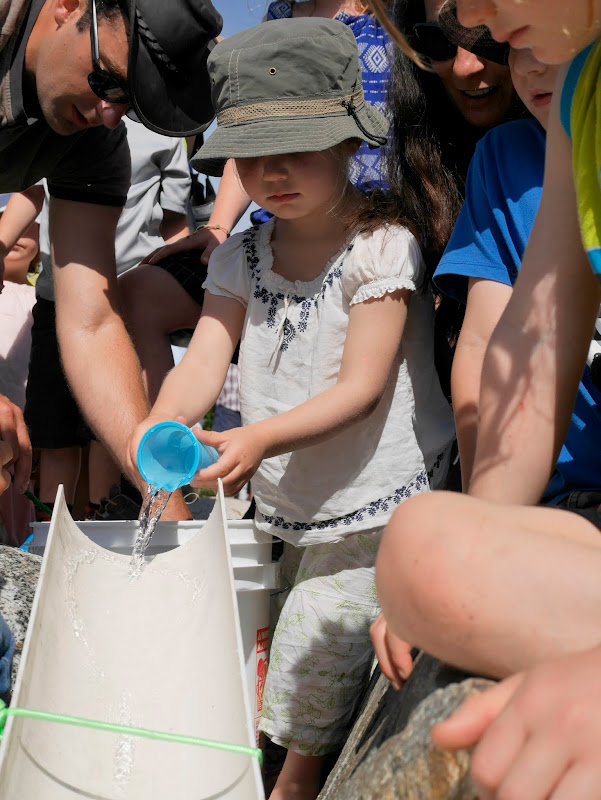 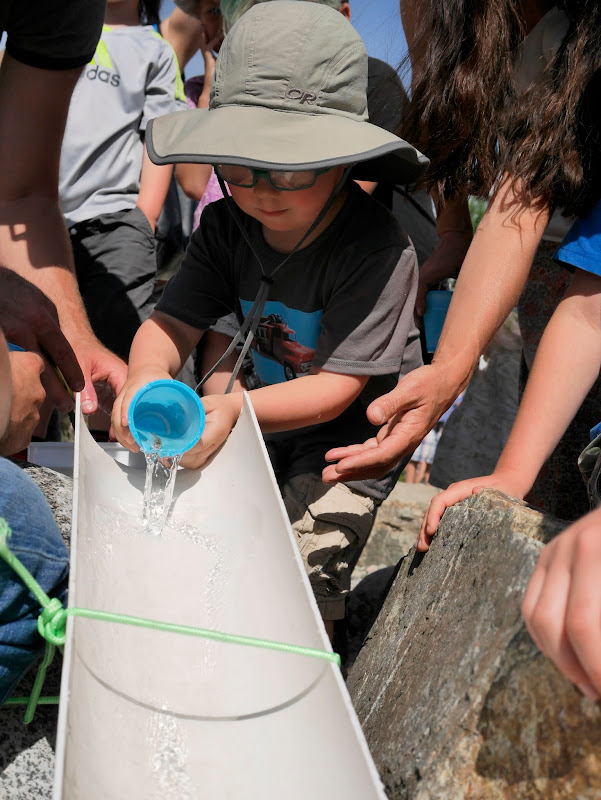 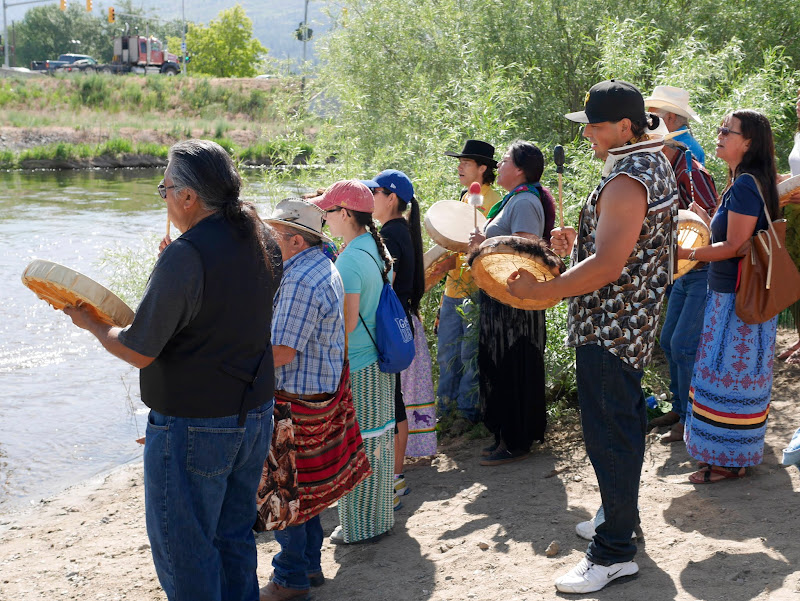 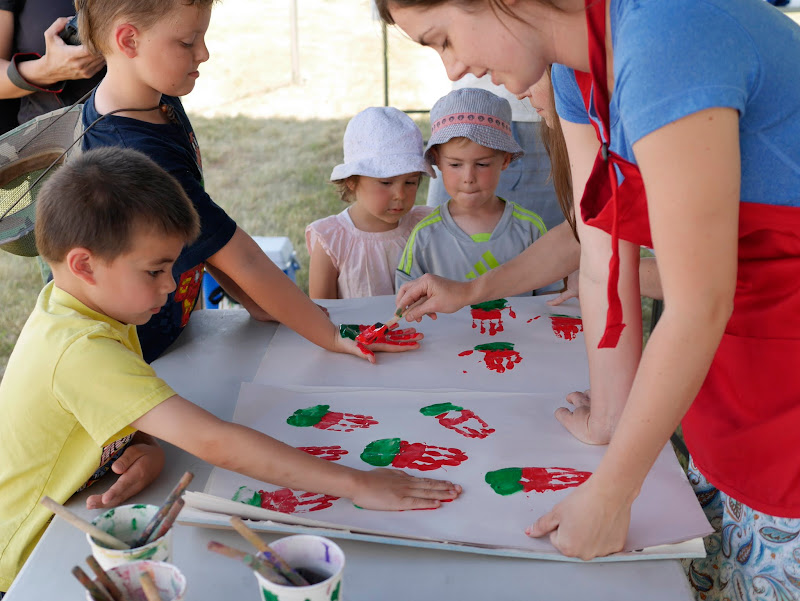 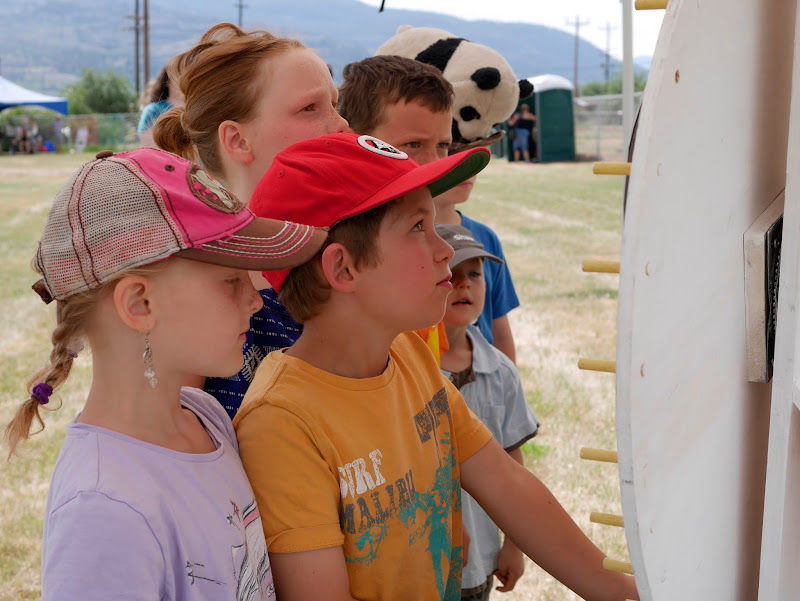 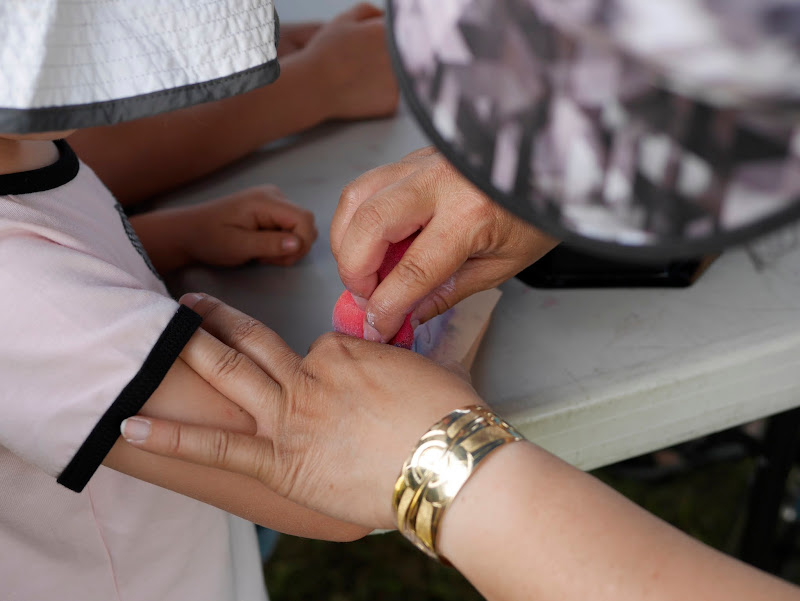 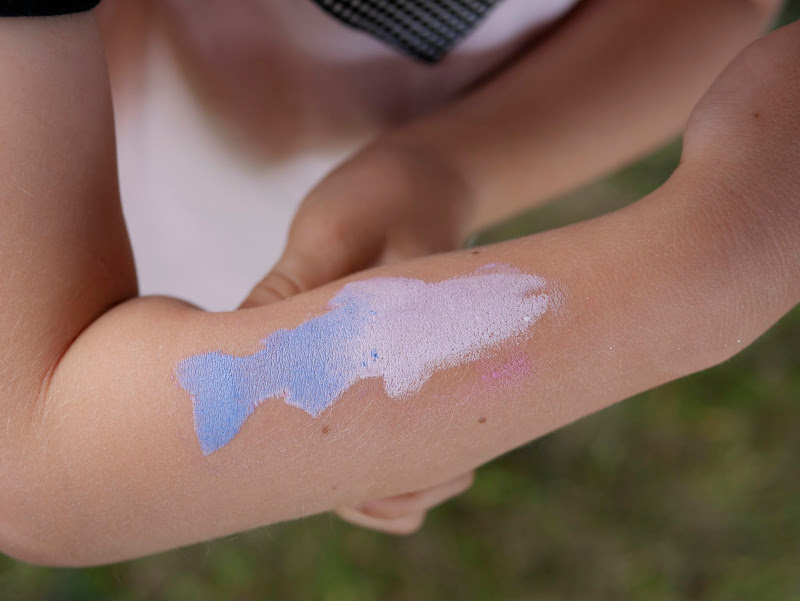 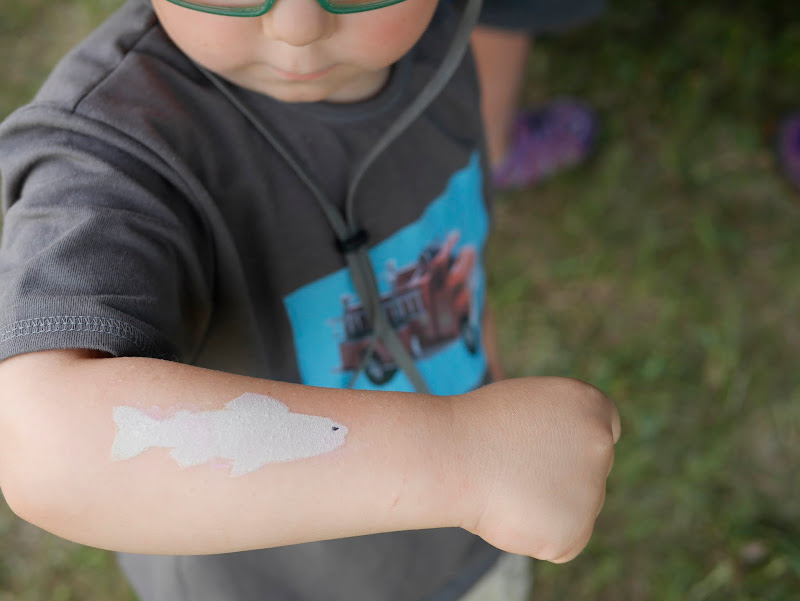 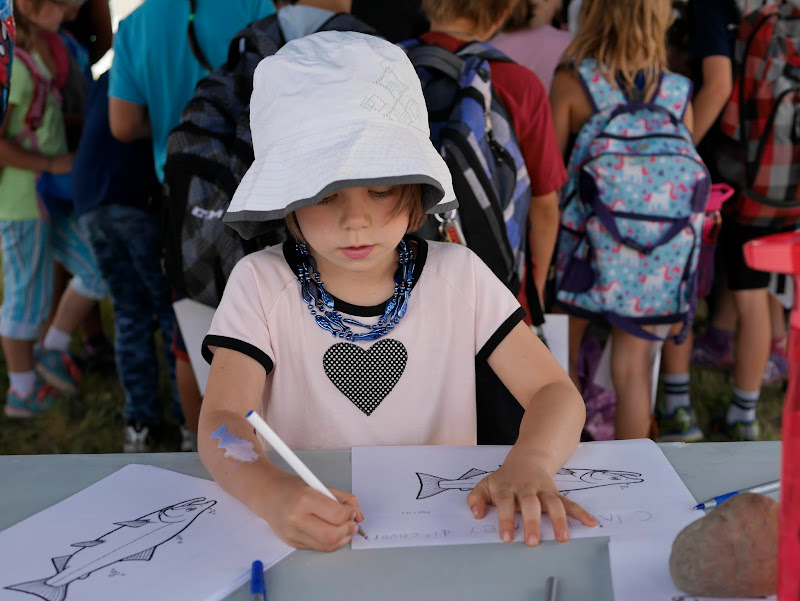 Our learning community had the opportunity to take part in a ceremonial release of ten thousand Okanagan Sockeye salmon fry into the Okanagan River. The event took place along the banks of the river channel in Penticton, BC and when we arrived early I was surprised by the already long line of parked cars. This is a popular event! The fry release is organized by the Okanagan Nation Alliance  and this year involved over four hundred students from local schools! In an effort to teach children about the importance of conserving sockeye salmon, each child was given a fry to release into the river, some of which were raised in classrooms. The fry will swim to Skaha lake where they will live for the next year after which they are recaptured, tagged and released once again.

My children would have happily released fry all morning but there were long lines of children waiting their turn. Afterwards we drove to the nearby En’owkin Centre for various activities. There was also a salmon feast which we missed, but I heard that it was wonderful.

My Top 10 Kid Friendly Hikes in the South Okanagan

Our Second Week of #FallOutside2016

A Crush on Tinhorn Creek Vineyards