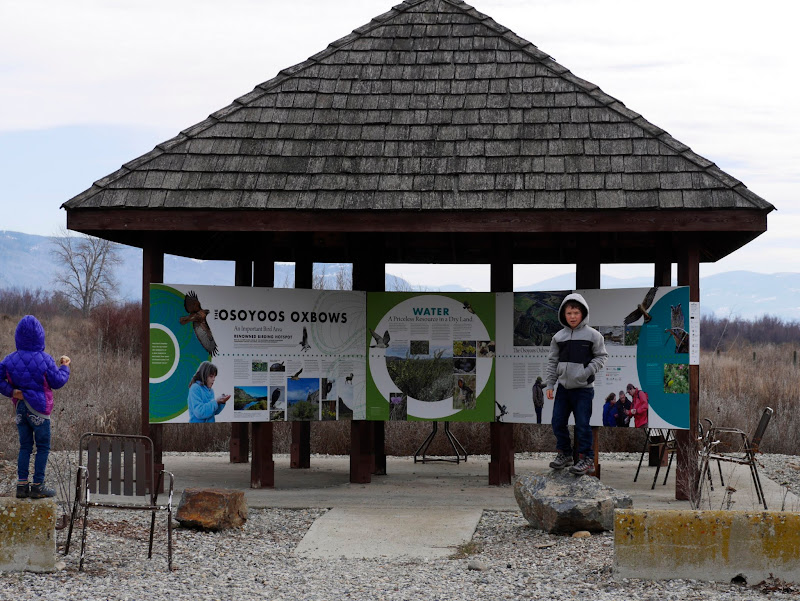 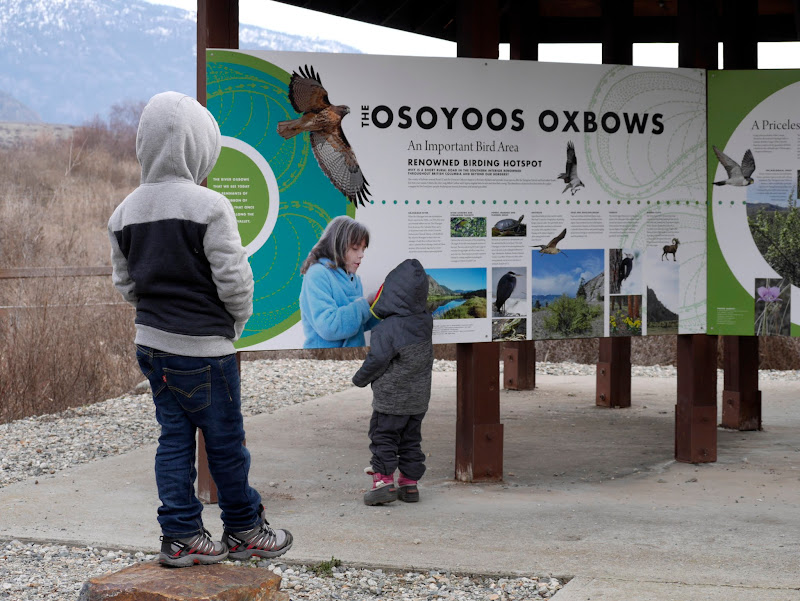 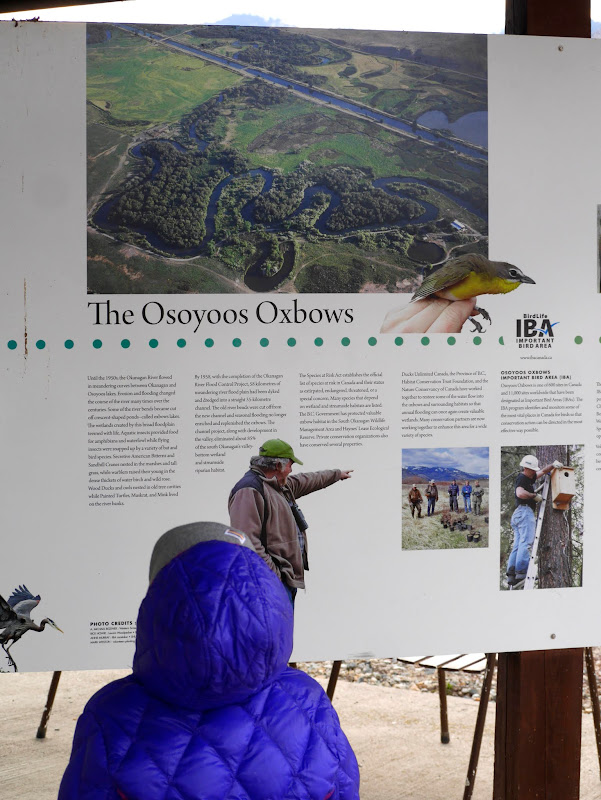 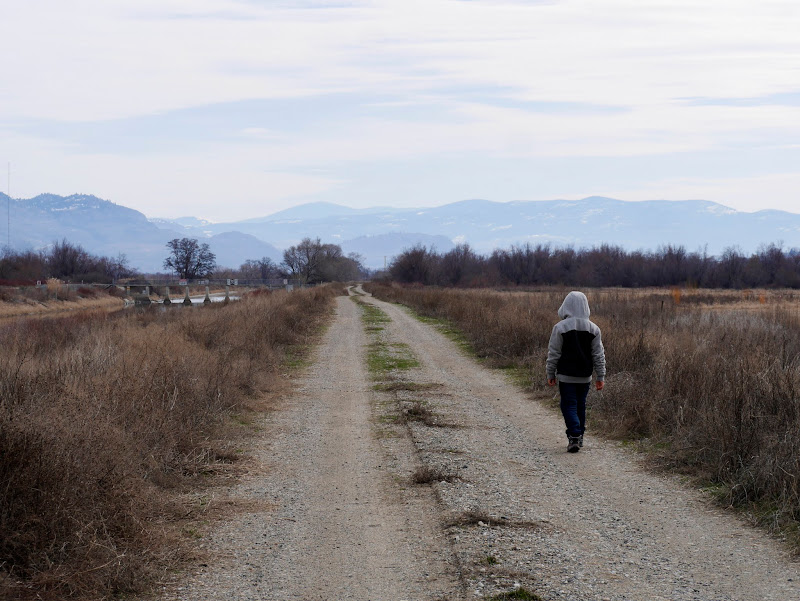 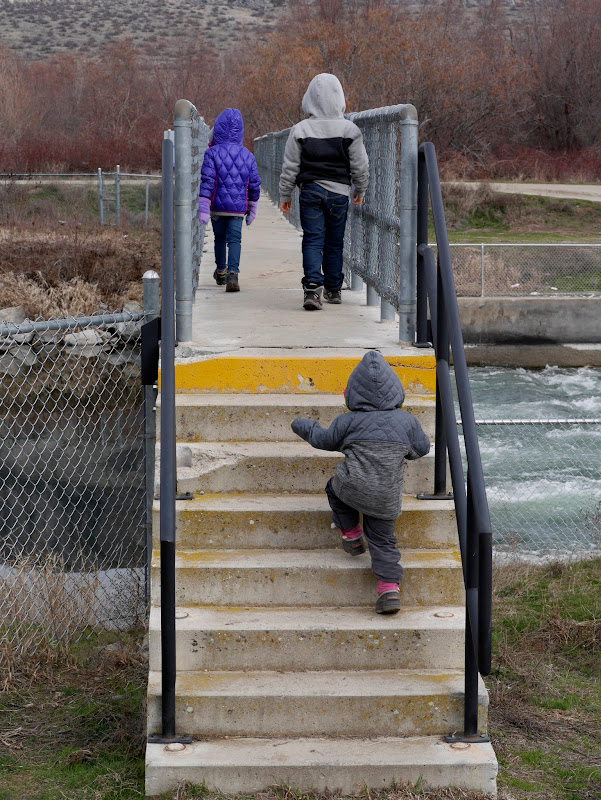 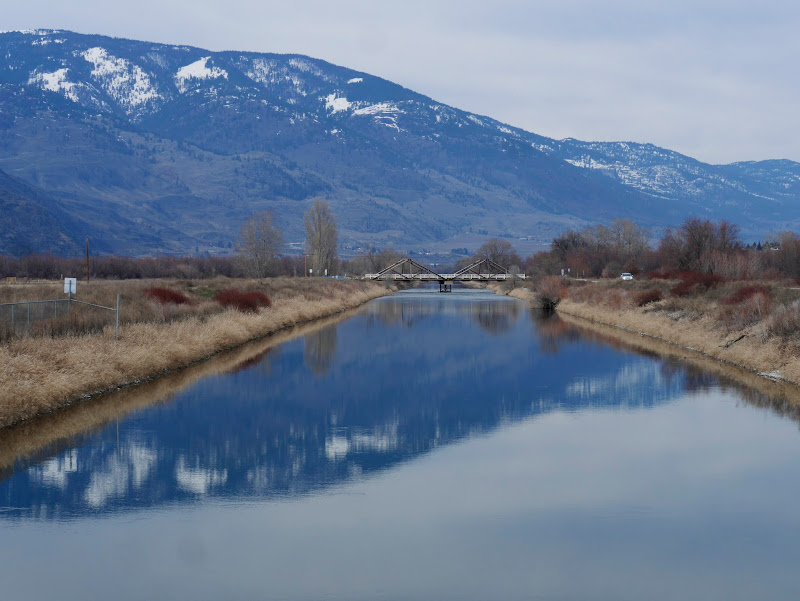 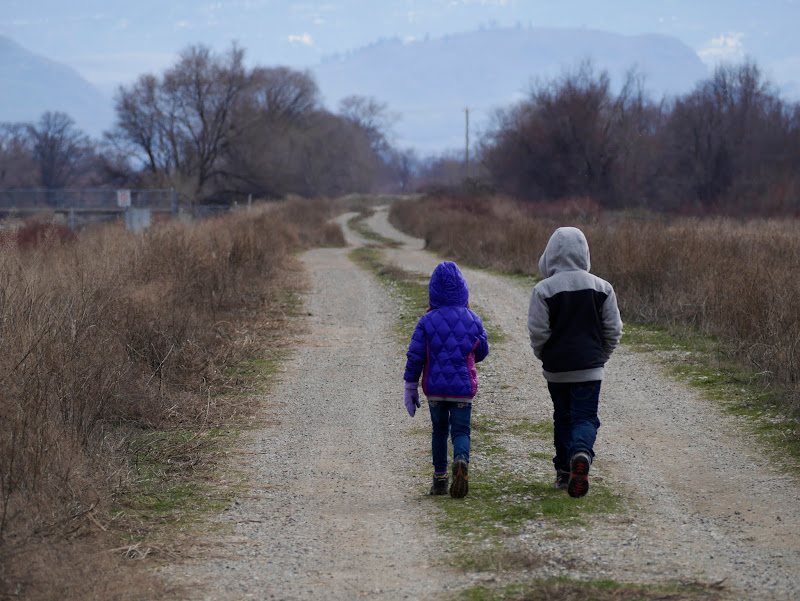 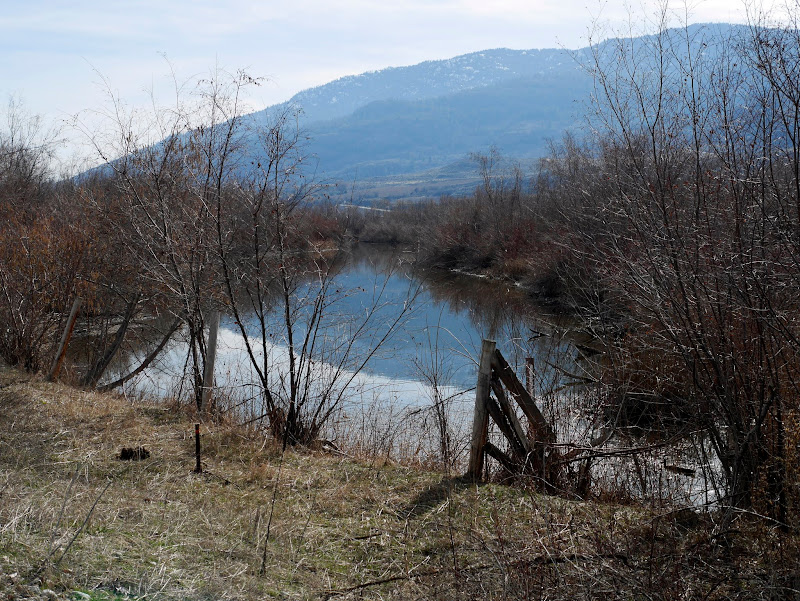 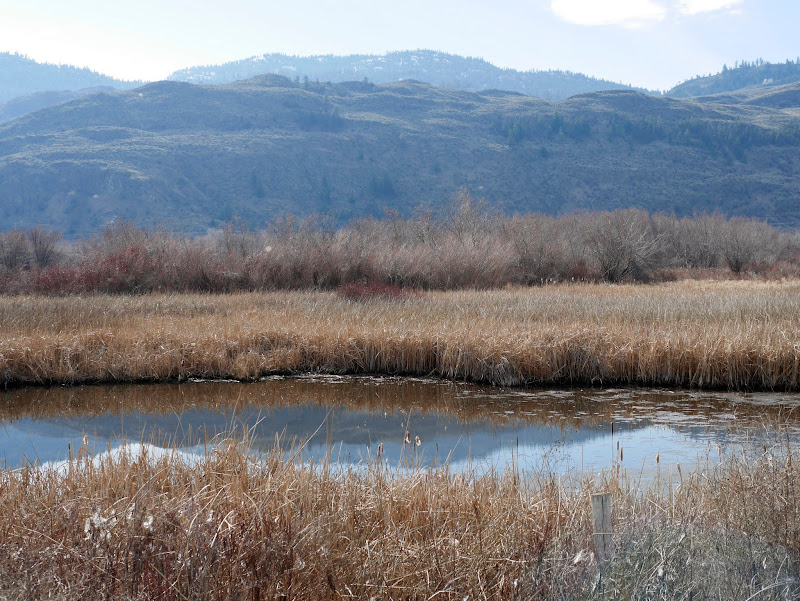 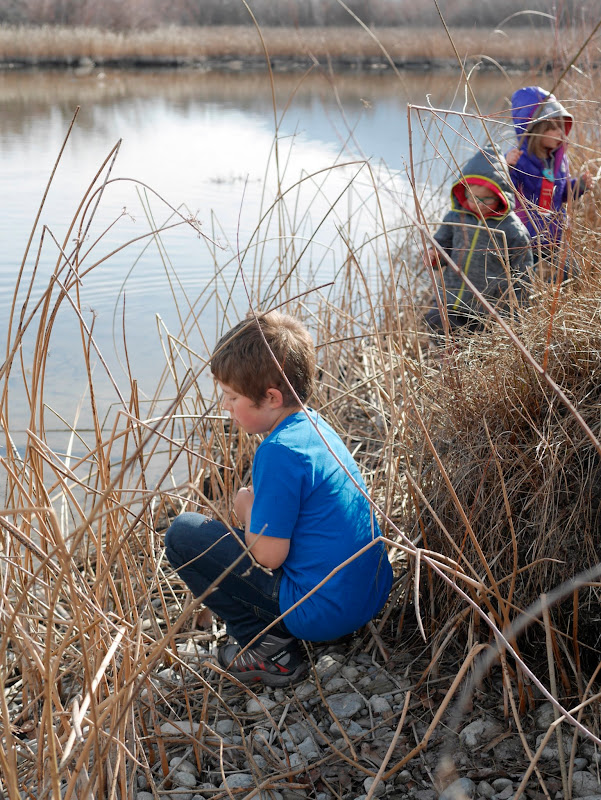 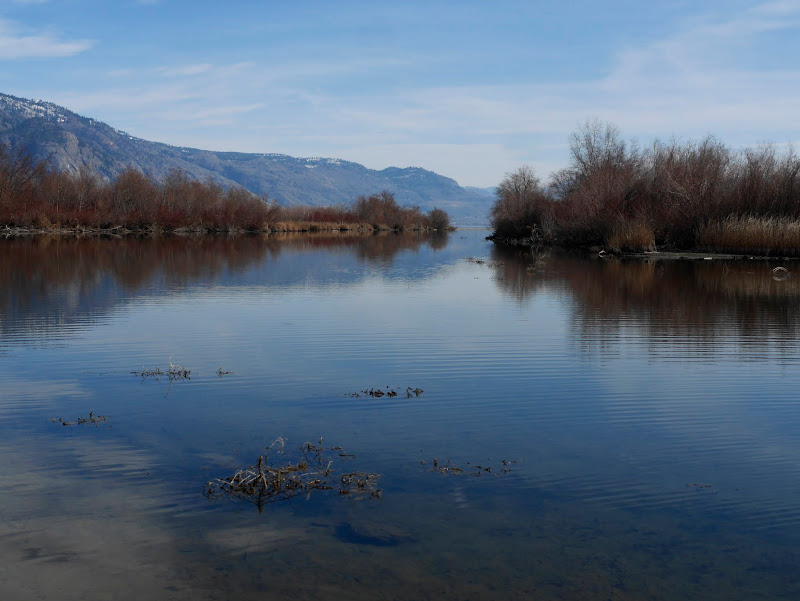 We have explored a couple hikes in and around Osoyoos, British Columbia such as the Osoyoos Desert Centre and the Nk’Mip Desert Cultural Centre but a recent drive in that direction had me searching for a new adventure. After considering several options I choose to bring my children to the Osoyoos Lake Oxbows. The start of the trail is located on Road 22 of Highway 97 which is at the north end of Osoyoos. There is a parking lot located on the right hand side of the road. At the end the parking lot there are several beautiful interpretive signs highlighting the fact that this area is a re-known bird watching area.

We were a little confused about how to access the trail from the parking area since there are no trails starting from there. To access the trail you must leave the parking area and walk along the Road 22 towards the bridge. On either side of the bridge there are dirt roads running in parallel to the river channel. The paths heading north are the International Hiking and Biking Trail, a 18.4 km stretch of trail, and the paths leading south are the Osyoos Lake Oxbows trails. We took the first trail south, before crossing the bridge. The trail is easy and flat and approximately 2km out and back, 4km in total. It is also quite exposed so it would probably very hot on summer’s afternoon.

At first my children found the trail uninteresting and I have to admit that I felt the same. Sometimes the beginning of trails can be like that. As the sun came out though everyone was glad to be outside and there were some interesting things to see. There is a bridge near the beginning of the trail with a vertical drop structure (man-made waterfall) and then further down the trail the meandering oxbows can be spotted. We saw a couch under a tree and some cow patties. I imagine that later in the spring the place is teaming with life and there would be more to see but all was quiet and peaceful on our February afternoon walk.

Pictographs in the South Okanagan

Biking Part of the International Hike and...

Backyard Birds of the South Okanagan