We brought our kids to daycare. That’s right, I couldn’t wait any longer. Not with this great place being a mere five minute drive away. Now before you jump to conclusions take a close look at the picture below. 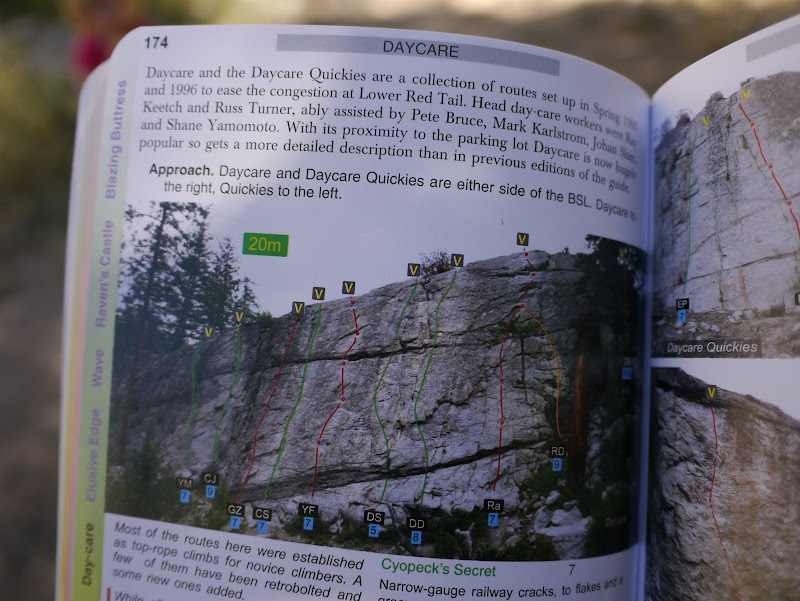 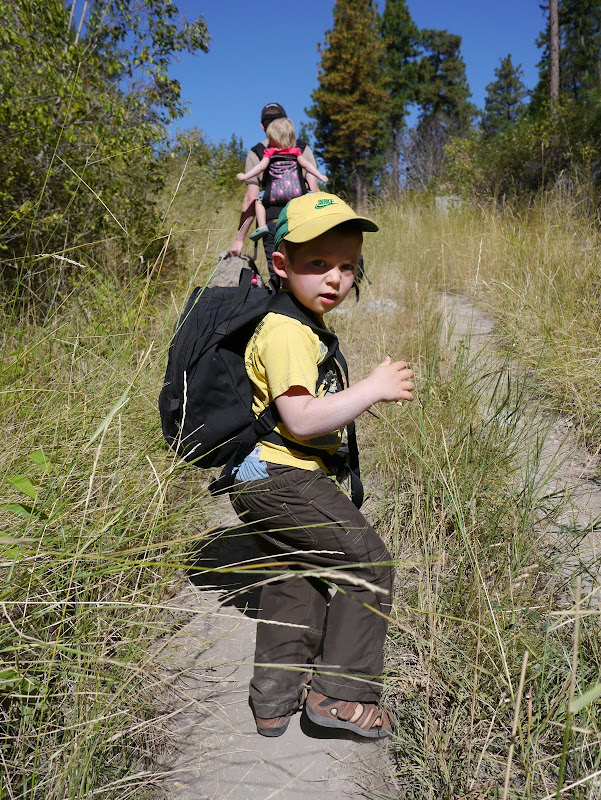 My husband has been getting himself all geared up for rock climbing. We’ve both rock climbed in the past. I started rock climbing quite young. I must have been eight or nine years old when my father started taking me out. Once I even played hooky from elementary school to go bolt a new route. We have pictures of our family climbing all over British Columbia, in Jasper, Banff, Canmore, Squamish, Kelowna and yes even at the Skaha bluffs. 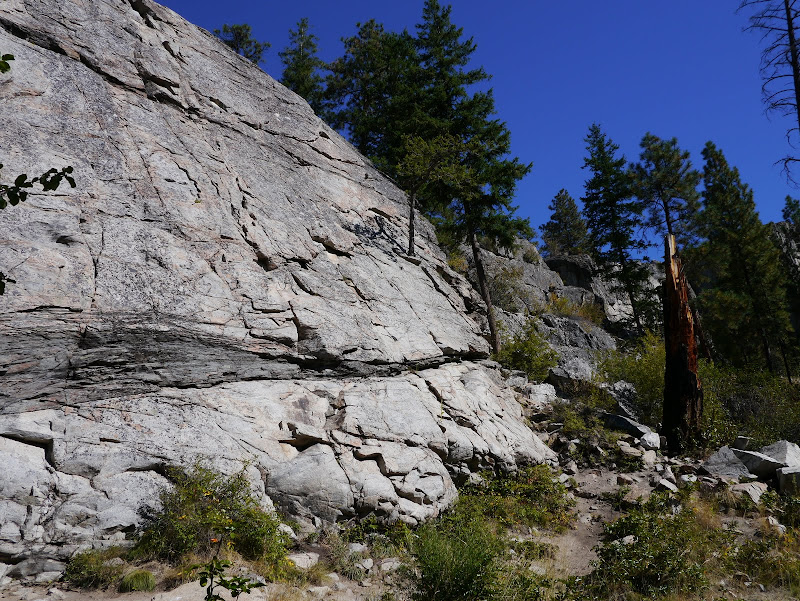 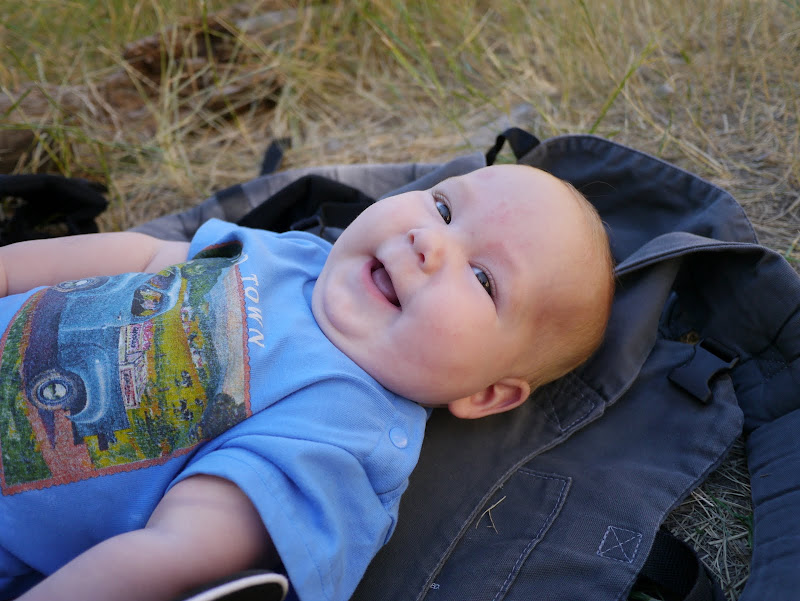 When my husband wanted to start rock climbing again I was a little concerned about how we’d do this safely with the three little ones. 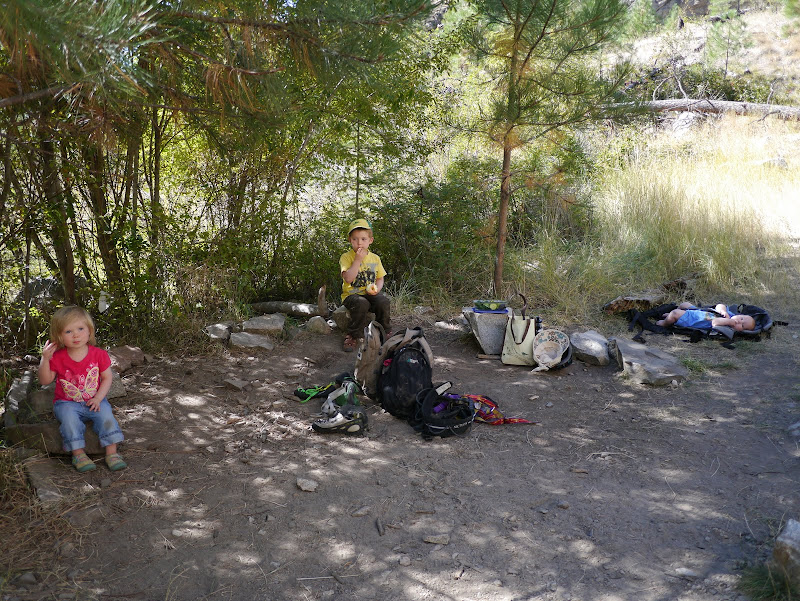 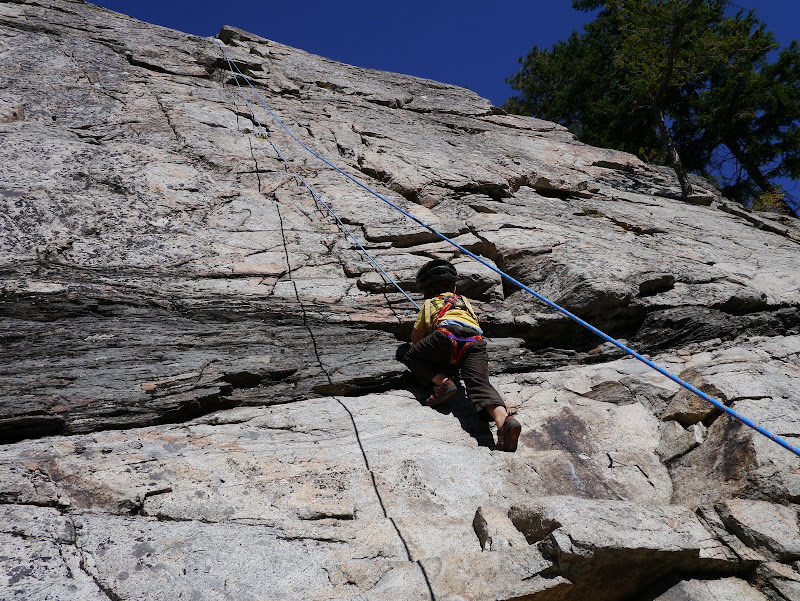 Here’s how we did it. We chose a rock that was easy to climb, close to the parking lot and that had an easy approach (walk to the rock). I packed Teddy and Jeremie packed Sweetpea in Becco carriers. Monkey was able to walk to the rock face with a little backpack. 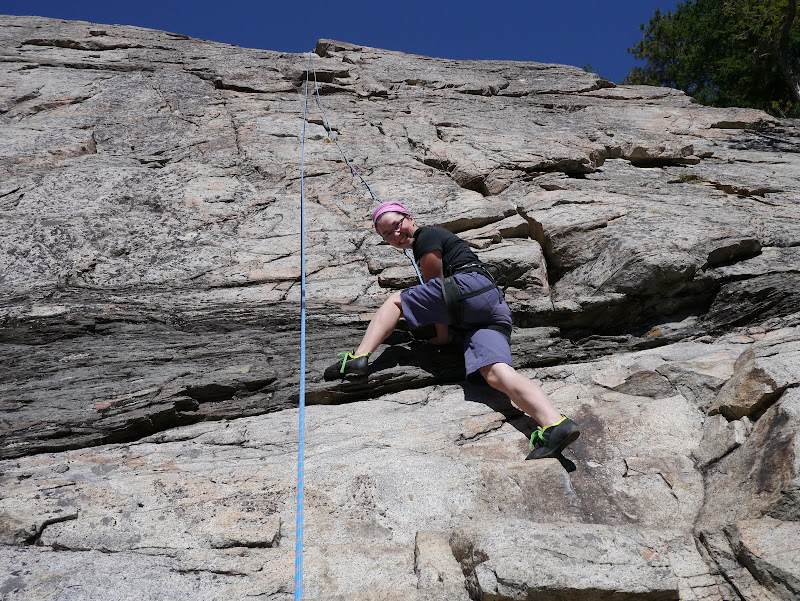 Once at the rock face, my husband set up a top rope while the rest of us had a picnic lunch. Monkey tried climbing first. He climbed up ten to fifteen feet before coming back down. I climbed next. With Teddy strapped to my husband’s back he belayed me up the rock. The other two little ones played in the rocks nearby. It was an easy climb but it still took me a little while to ascend the rock. I was definitely out of practice. 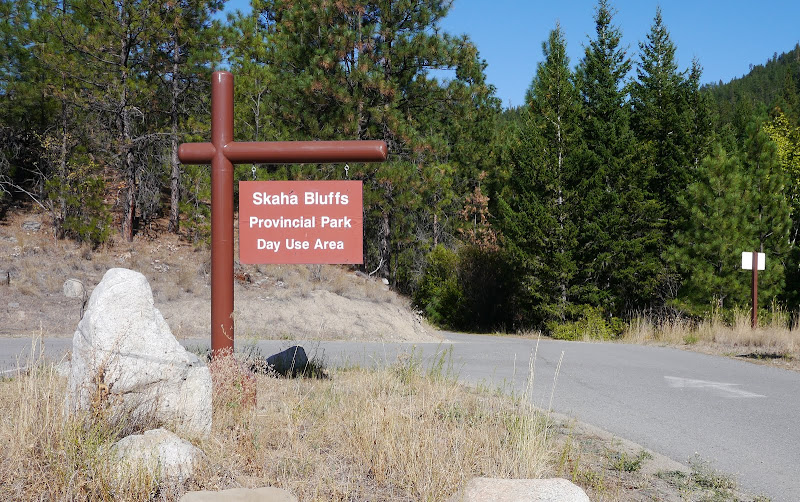 We spent about two hours out at the Skaha bluffs which was just the right amount of time for the children. Would we go again? Yes! Rock climbing with little children is possible you just have to climb in safe and easy areas and not be out too long.