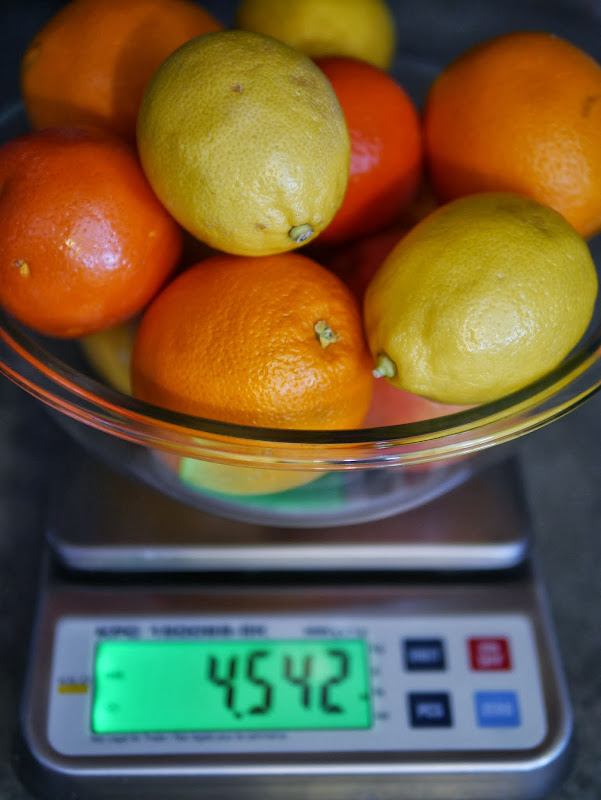 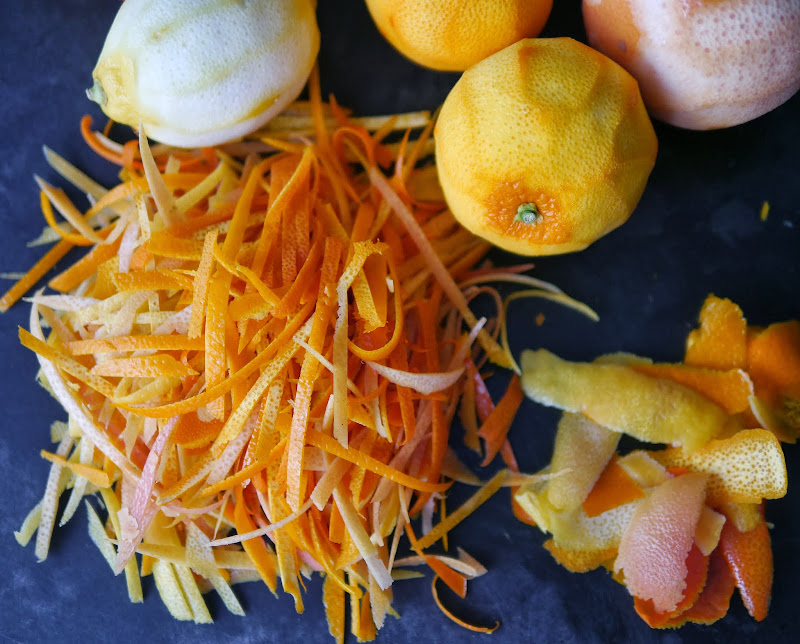 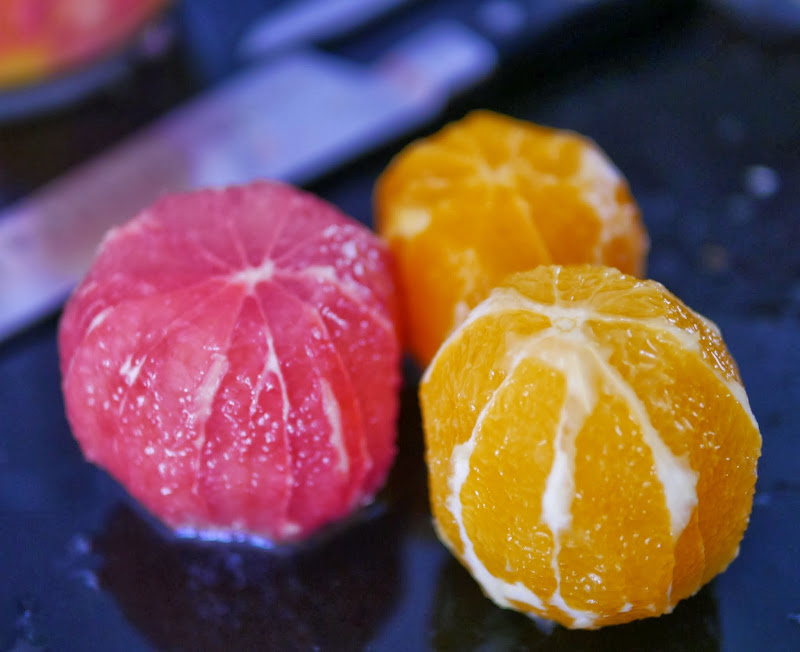 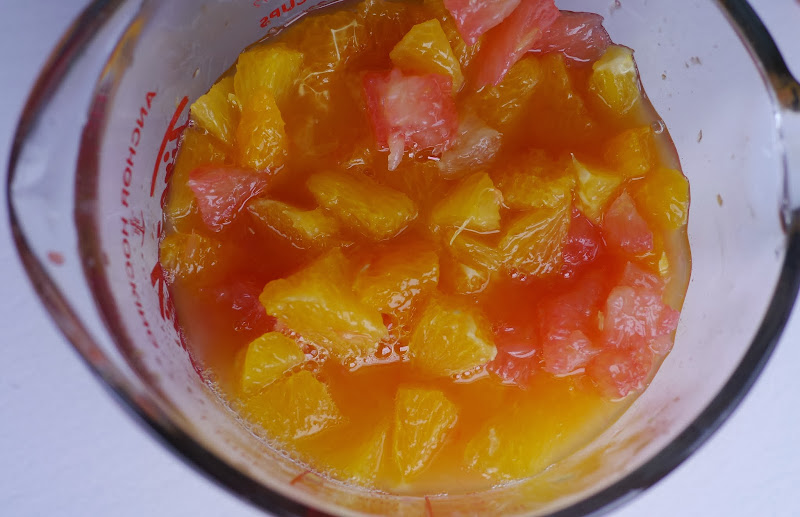 February is shaping up to be a month filled with citrus and renovations. These two things seem to be an effective remedy at warding off the February Blues. At the moment our laundry room is missing two walls, our breakfast nook table is primed white and a third of the basement has been completed gutted. Renovations are a great distraction and dare I say fun.

And the citrus, oh the citrus! I’ve been gorging on the bounty of citrus making its way to our grocery stores. Tangelos, blood oranges, navel oranges, pink grapefruit, American mandarins and lemons. The smell of citrus is uplifting and the extra vitamin C is helpful too. Before my stash of citrus disappears I wanted to make some citrus marmalade and the last couple days of snow have been my excuse to stay home and make some. Mmmmm…. the smell simmering marmalade, even if you don’t like eating marmalade try simmering citrus zest in water for an instant pick-me-up.

Using a peeler, remove the zest of the citrus in strips and then cut the strips into narrow ribbons. Put the cut up zest into a saucepan with 6 cups of water and bring to a boil over high heat. Reduce the heat to medium-low and simmer the zest for 30 minutes.

Meanwhile remove the pith from the citrus and cut out the fruit segments. Toss the pith… or not. The pith will make your marmalade bitter, but it does have a lot of pectin in it which will help the marmalade to set. Put the seeds and membranes in a separate bowl (don’t discard this stuff!). Chop the fruit and toss it into a large enameled pot along with the sugar. Strain the boiled zest, reserving the liquid, and add the zest along with 4 cups of the zest cooking liquid to the pot.

Wrap up the seeds and membranes (and pith if you like a bitter flavour) in cheesecloth and tie the package securely, you don’t want any of this stuff getting into the marmalade. Place the package into the pot with everything else. Bring everything to a boil and boil rapidly until the marmalade reaches 104C (220F) and holds this temperature for a minute. This can take up to an hour. You will need to turn down the temperature and stir the marmalade as it thickens to prevent scorching.

Remove the marmalade from the stovetop and stir for a minute of two to distribute the pieces of zest and fruit evenly. Scoop the marmalade into sterilized pint or half-pint jars leaving the appropriate headspace (5mm or 1/4 inch). Place the lids on according to the manufacturer’s direction and put jars into a canning pot. Bring the water to a heavy boil and boil for 5 minutes, adjusting the time to your altitude. 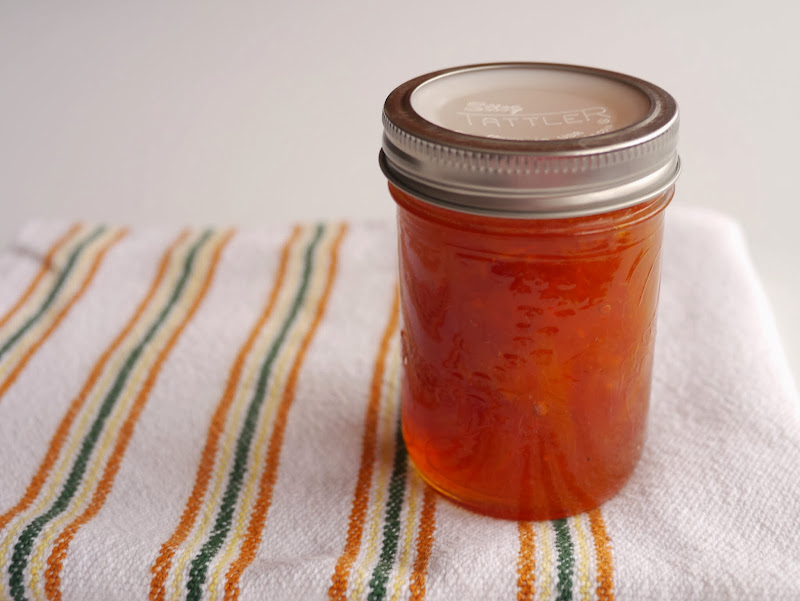 What a great way to add a bit of sunshine in this cloudy February!!! Will give this recipe a try next week-end! Thanks for sharing.

Aw! I can't see the 3 middle pics for some reason, but it looks sooo good!

That's strange. I can see them fine, but I wonder if other people are having troubles not seeing them.