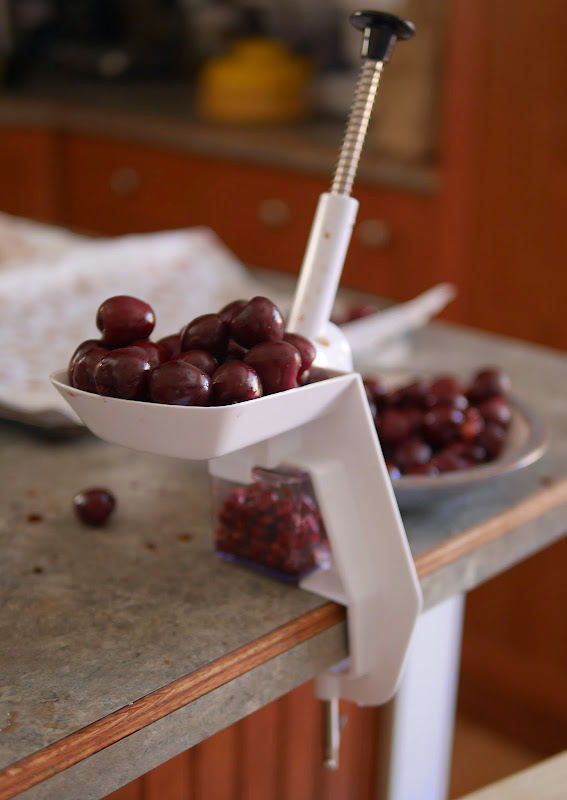 We frozen the majority of the cherries in gallon sized freezer bags, nine to be exact. Frozen cherries are delicious in smoothies and can be thawed for any other number of treats. To freeze cherries pit them and lay them out on a baking sheet covered in parchment or freezer paper. Place them in a freezer until frozen and then put them in a sealable freezer bag or container. Cherries frozen in this way will last a year, if not longer. 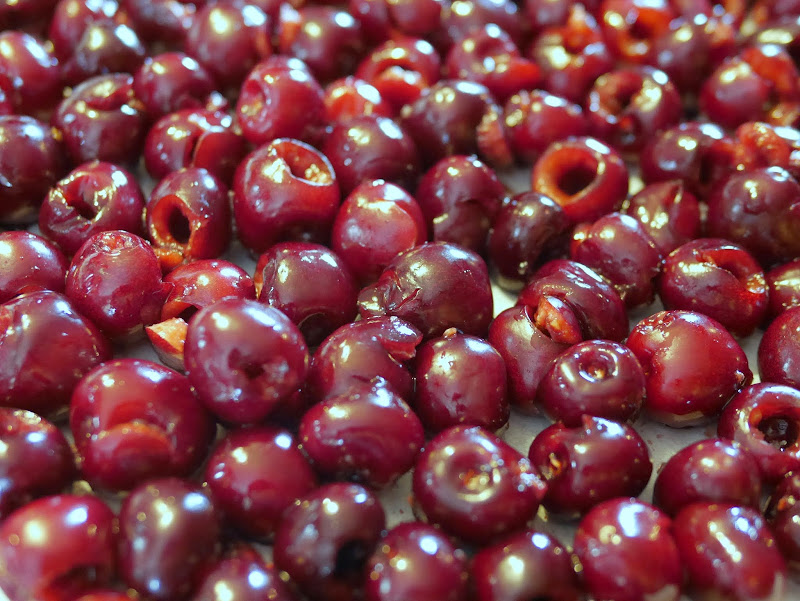 Cherries that are inferior (too small, ripe, underipe, wrinkly) can be placed into a steam juicer and juiced. No need to pit these cherries. The juice from cherries can be canned which is what we did. We also used the juice to make two batches of cherry-lime soda which is a recipe from True Brews: How to Craft Fermented Cider, Beer, Wine, Sake, Soda, Mead, Kefir, and Kombucha at Home, a must have if you enjoy fermenting foods. I am also in the process of making a batch of sparkling cherry wine from this book. 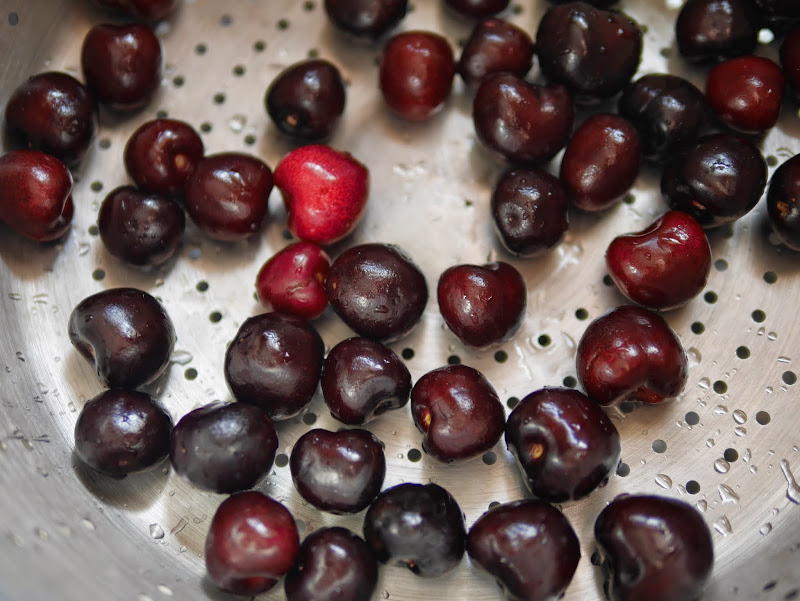 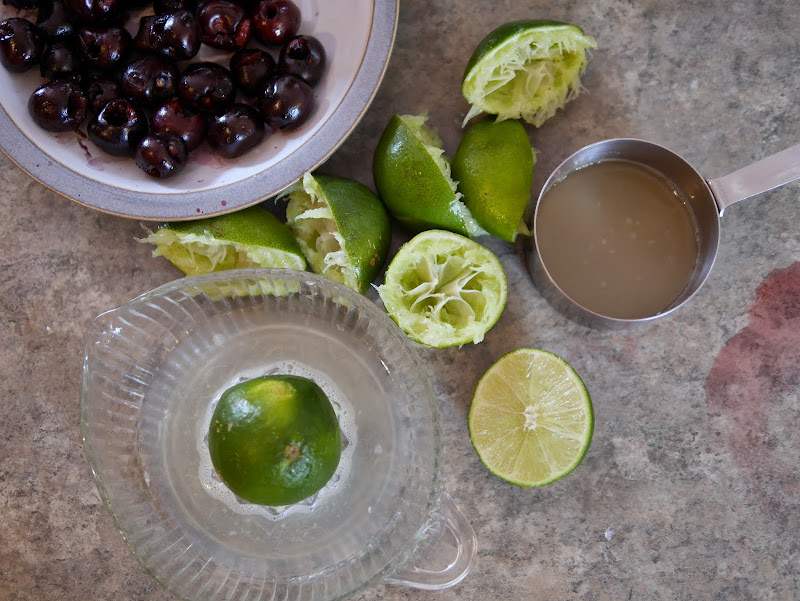 Dehydrated cherries are good for little people that aren’t keen on fresh cherries. I tried dehydrating pitted whole and half cherries. The whole cherries take longer to dehydrate but take less time to prepare. Either works well. Remove the cherries from the dehydrator when they are not longer sticky but still a little soft, like a raisin.  I also made some cherry-apple fruit leather and it turned out so yummy that I resorted to hiding some away in the freezer. 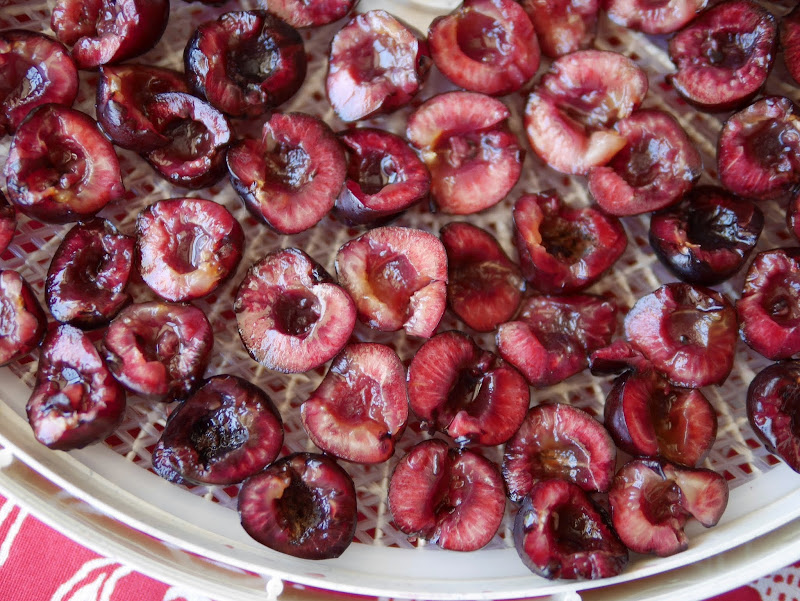 This was my first year canning cherries. I followed the instructions for canning whole cherries on the National Centre for Food Preservation website. 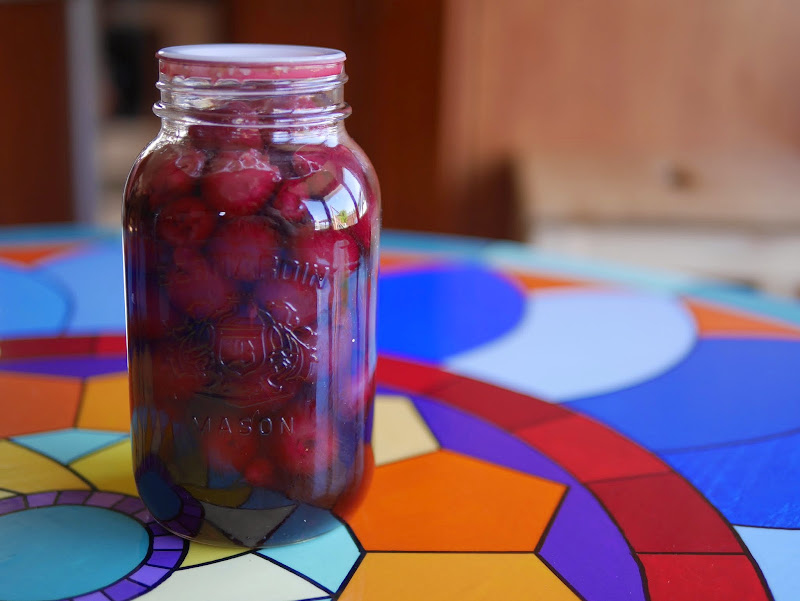