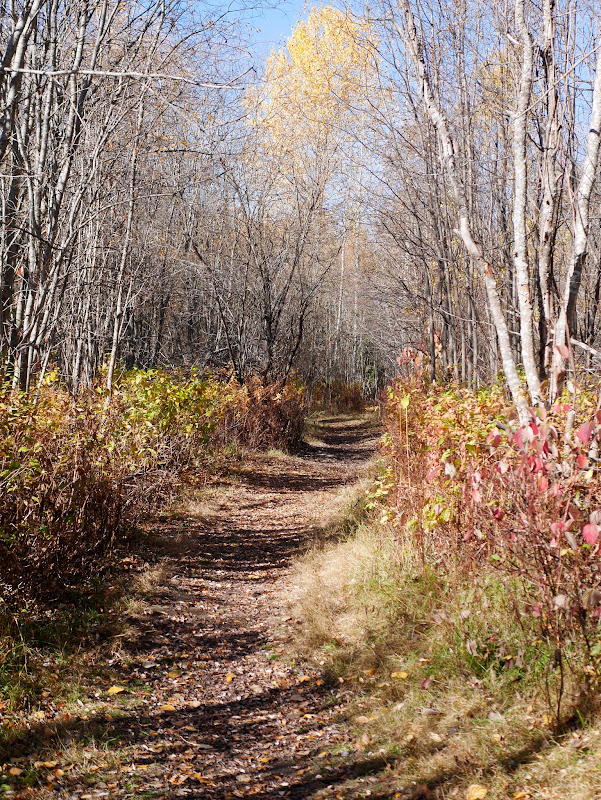 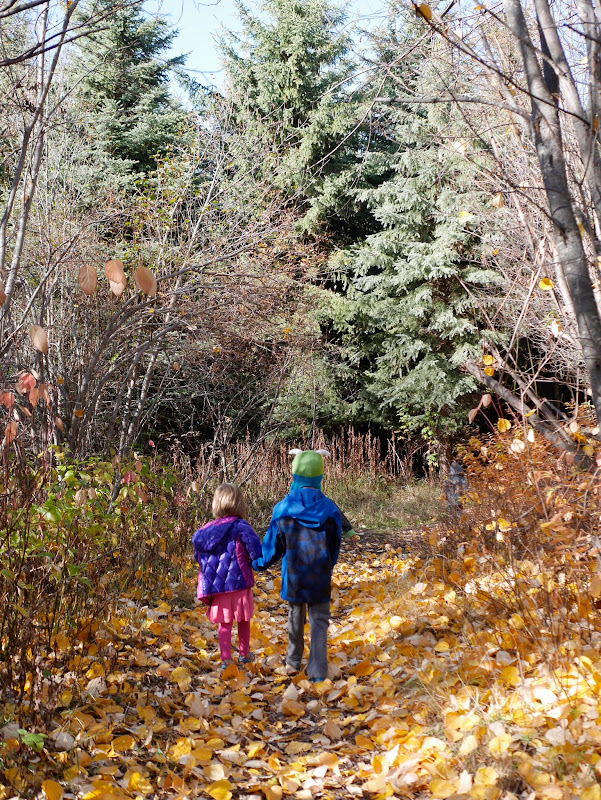 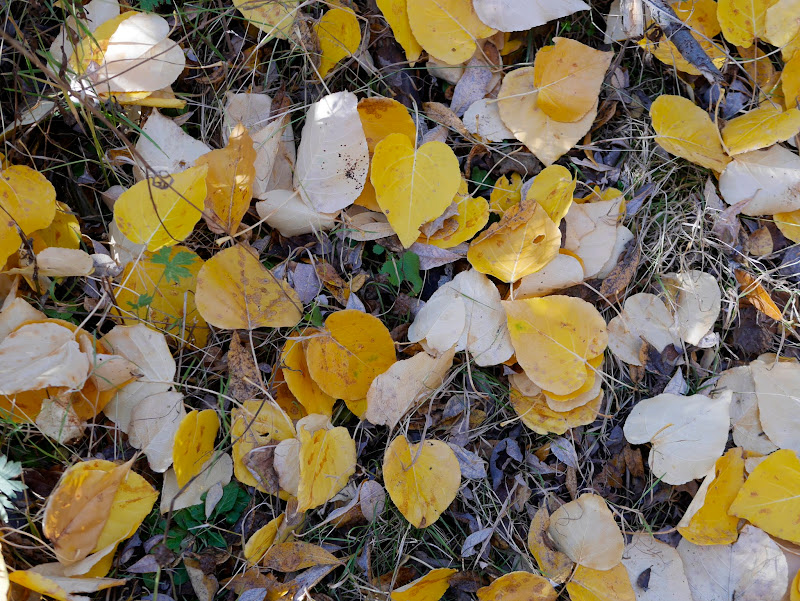 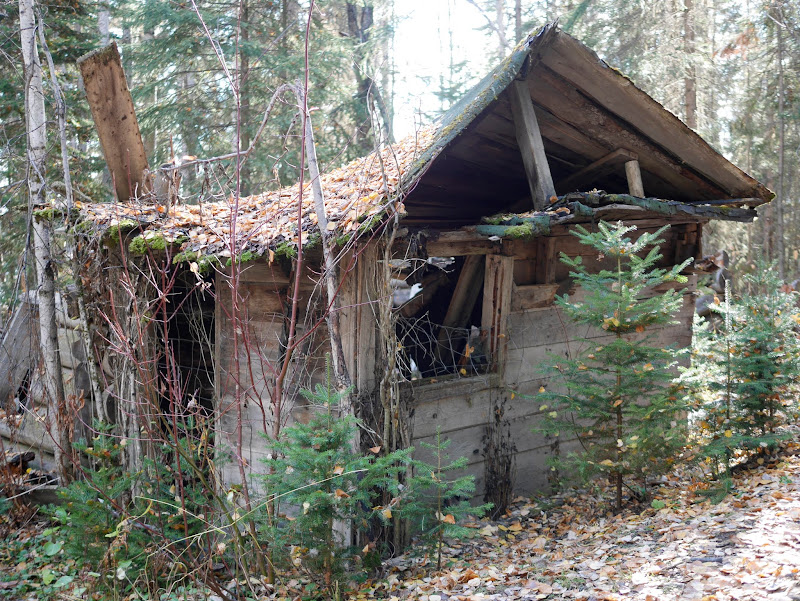 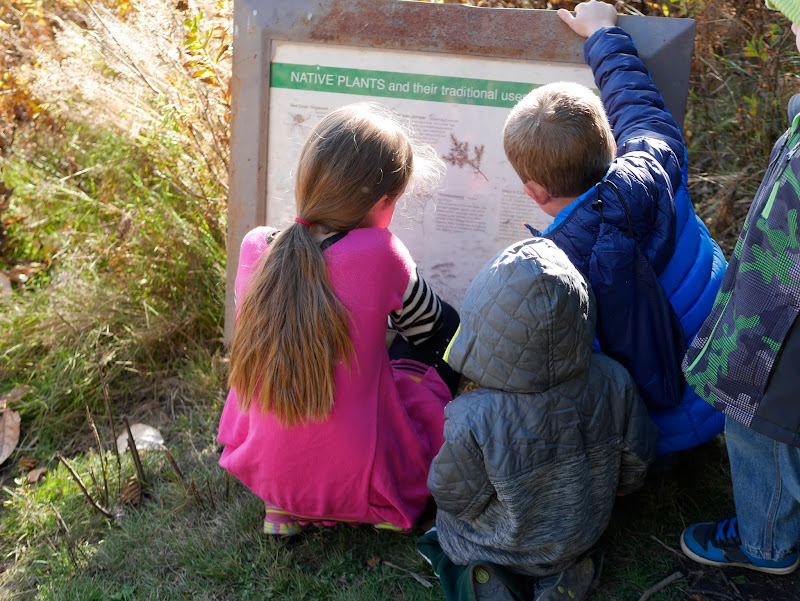 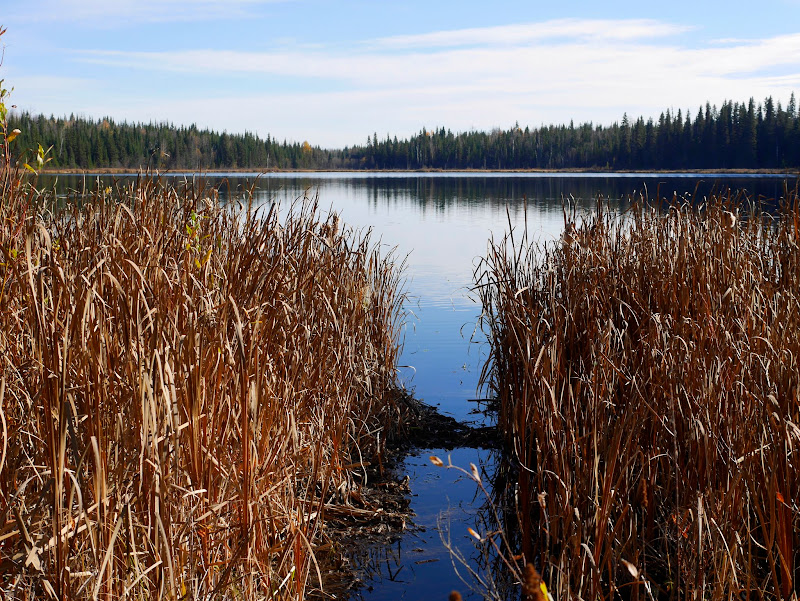 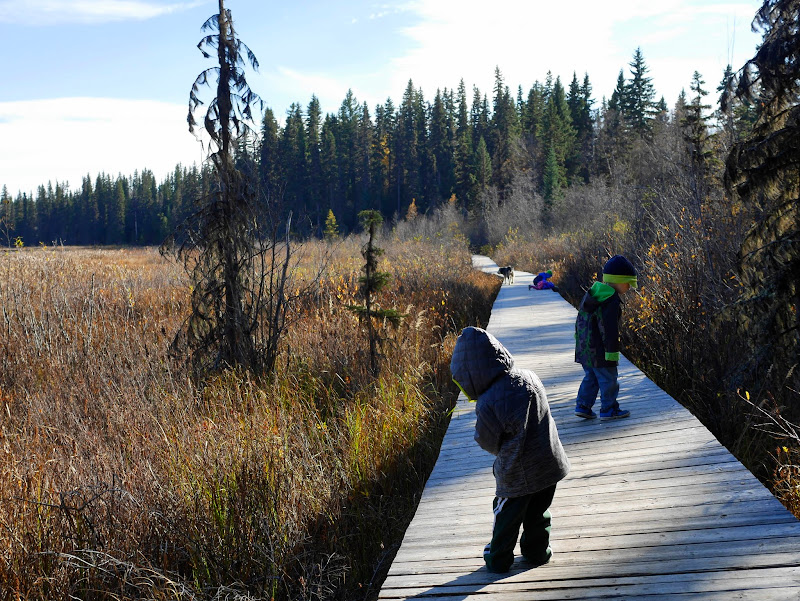 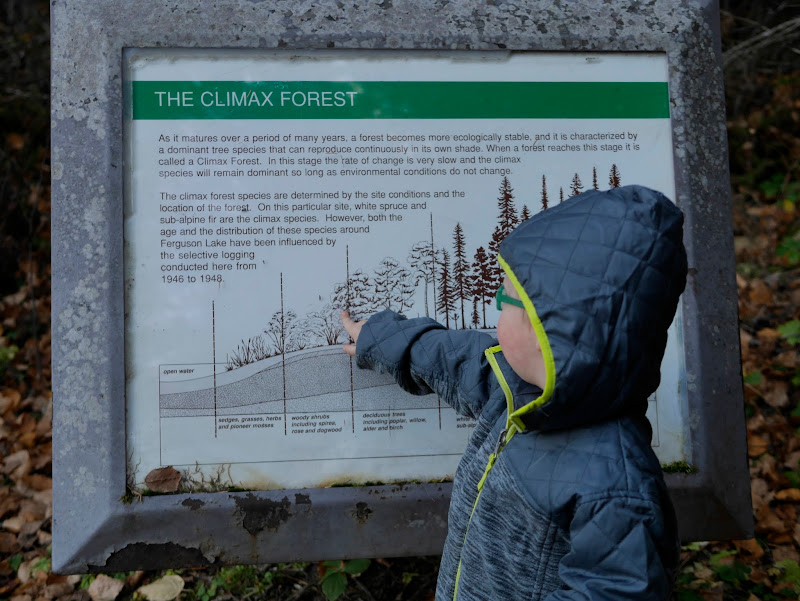 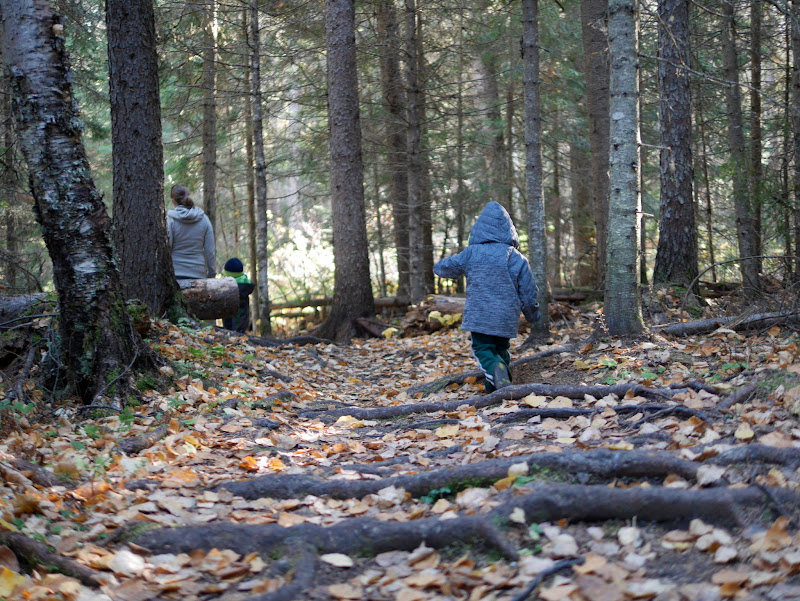 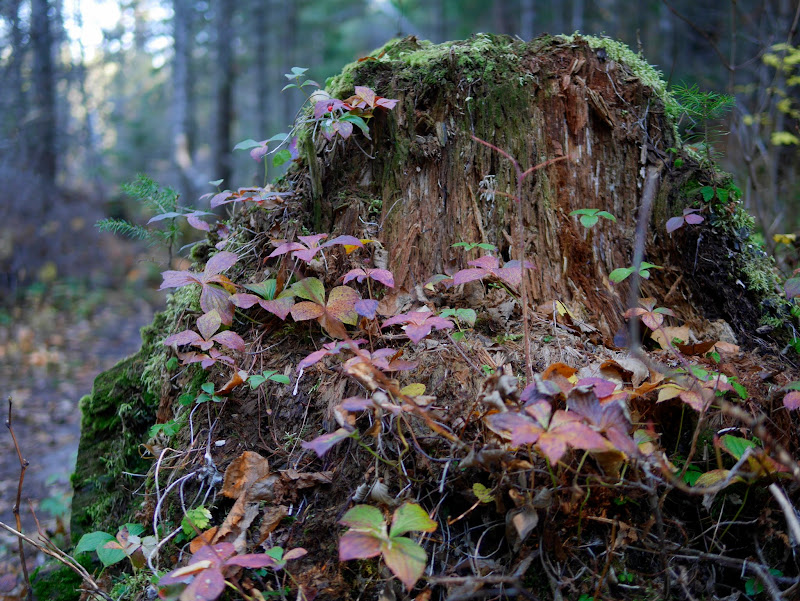 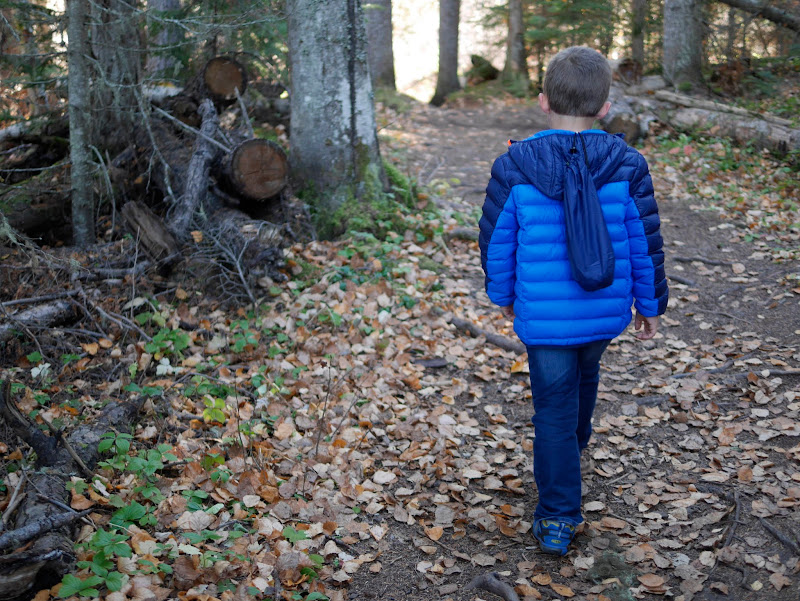 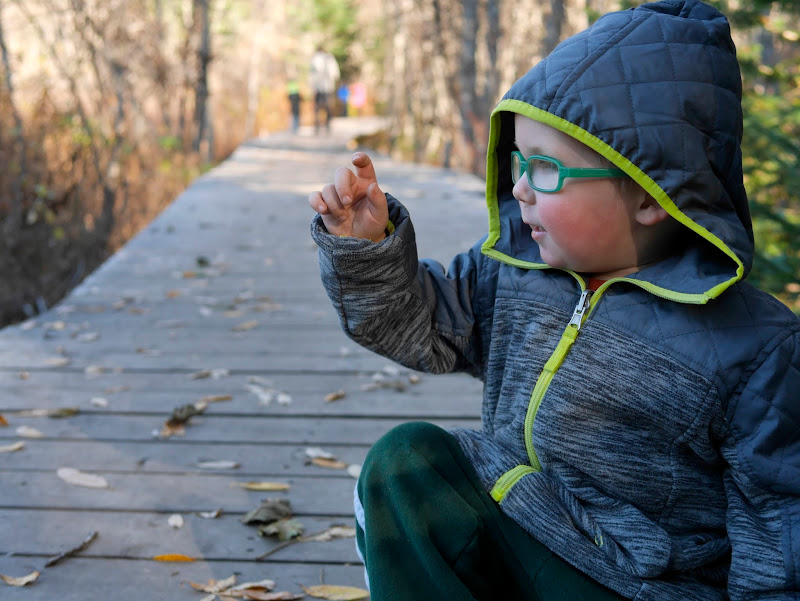 One of the best ways to discover new hikes is to tap into the knowledge of local hikers. Ferguson Lake Nature Reserve is one of my sister-in-law’s favourite places to take her children adventuring and we are grateful that she suggested we go there for some exploration.

Ferguson Lake Nature Reserve is a perfect area for place based learning. It offers a nice three kilometer interpretive hike that loops around Ferguson lake. There are many interesting features along the way: a lake, a long dock, various bridges and boardwalks, a dilapidated homestead and trapping cabin, resident beavers and plenty of nature to observe. In the spring the lake is filled with tadpoles which is very exciting for children to see. The area also holds importance in local history. In 1919, the land surround the lake was purchased by William Ferguson for the purpose of trapping. He built a cabin there and was joined later on by fellow named Paul Kuleven, a blacksmith and homesteader. Eventually a sawmill was built near the lake. To this day several of the historical sites remain along the trail (historical sites map).

My children enjoys the diversity of the trail around the lake. With its boardwalks and bridges, muddy spots and root ridden areas it kept everyone interested and engaged. I would not recommend a standard stroller on the trail but it might be manageable for an all-terrain stroller. Also parts of the trail are in need of some repair.  At least one boardwalk was rotting in places and others have nail protruding from them. I hope that the city of Prince George is able to maintain the trail so that it continues to be safe and accessible to big and little adventurers alike.