A Parade in Puerto Escondido 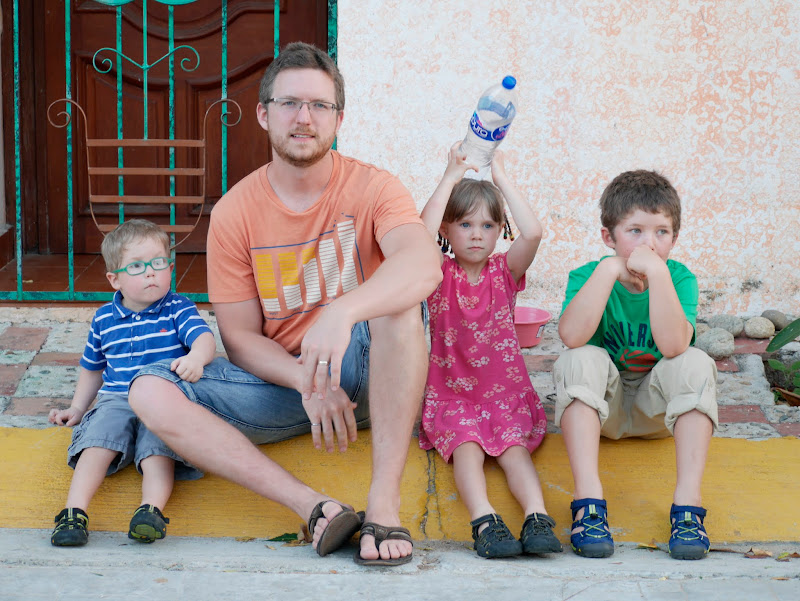 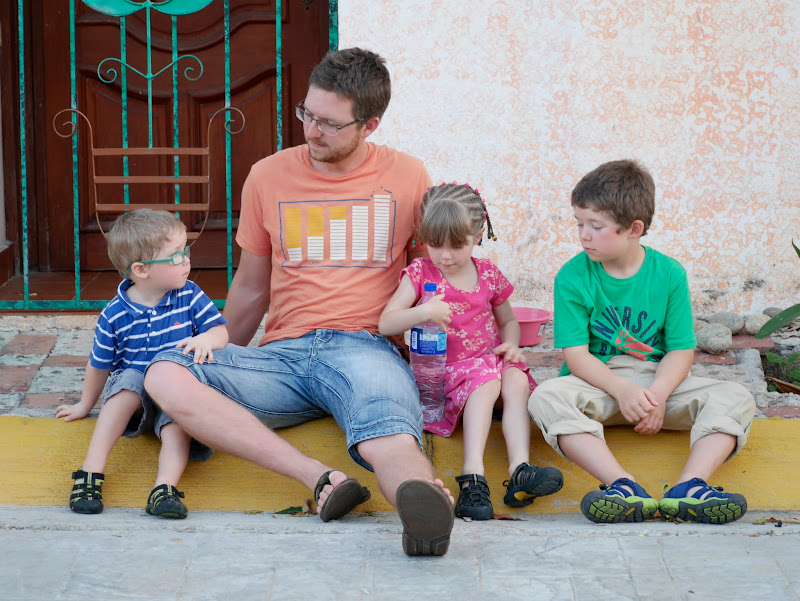 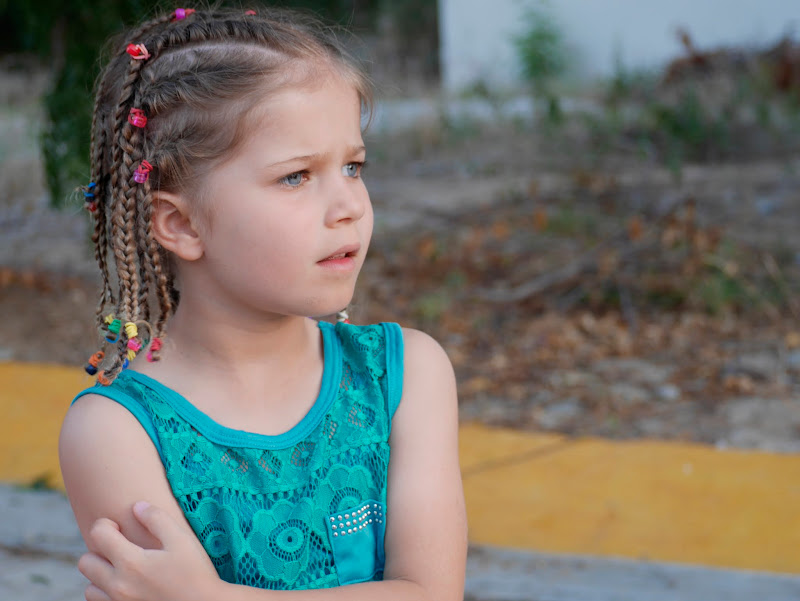 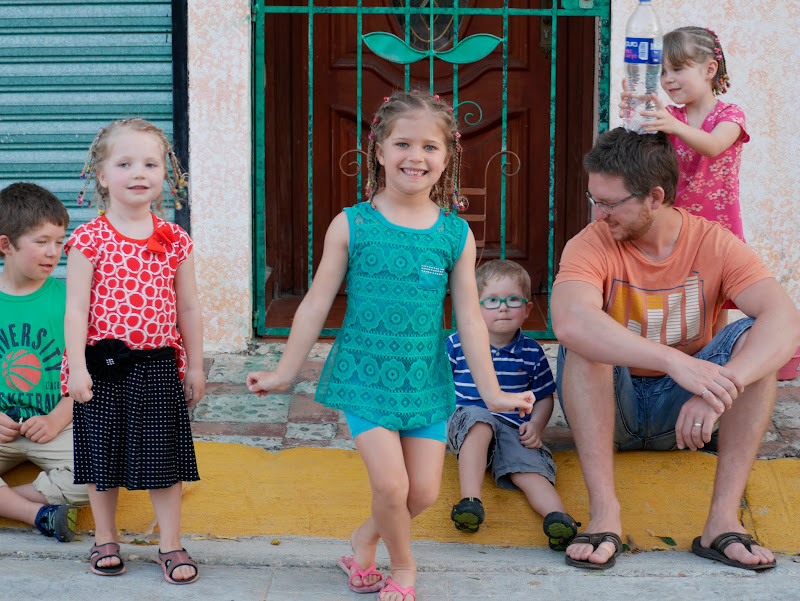 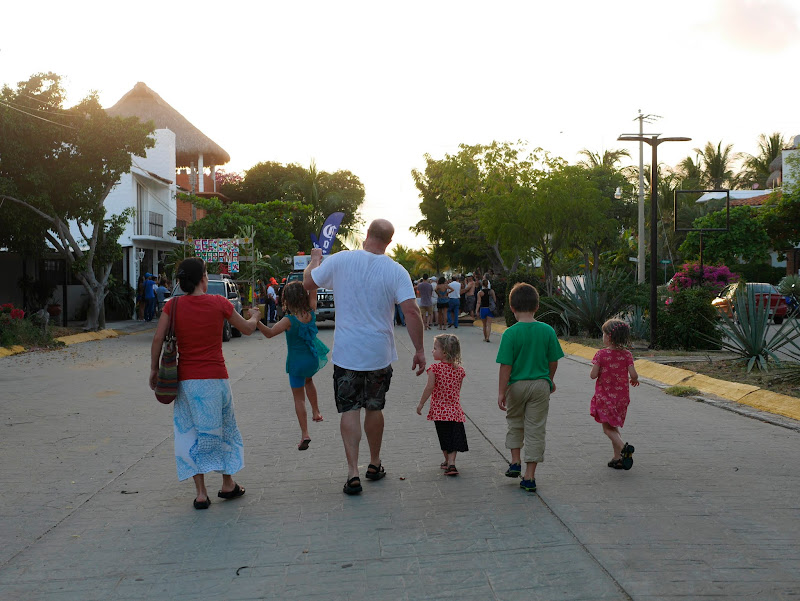 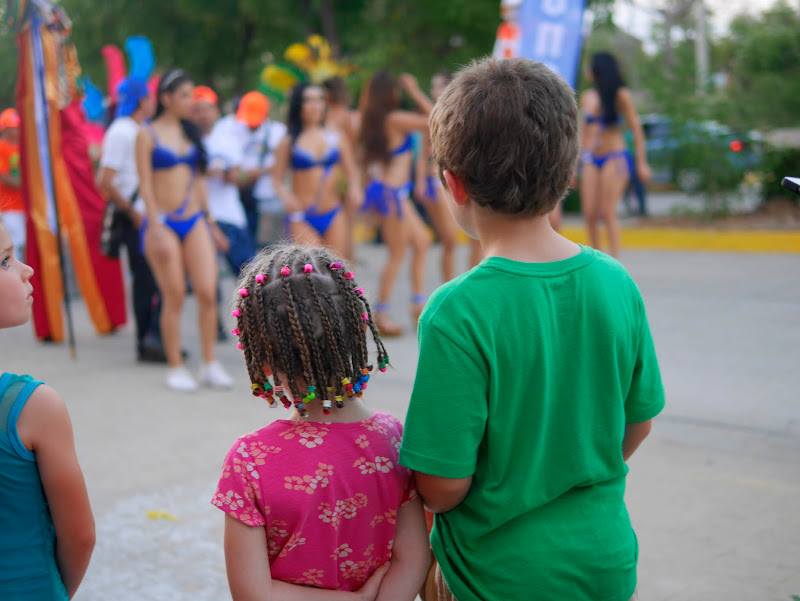 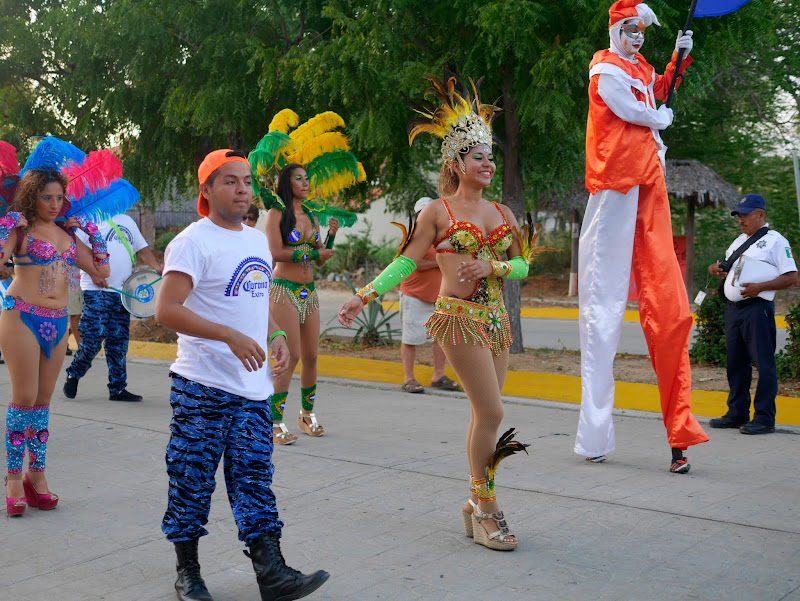 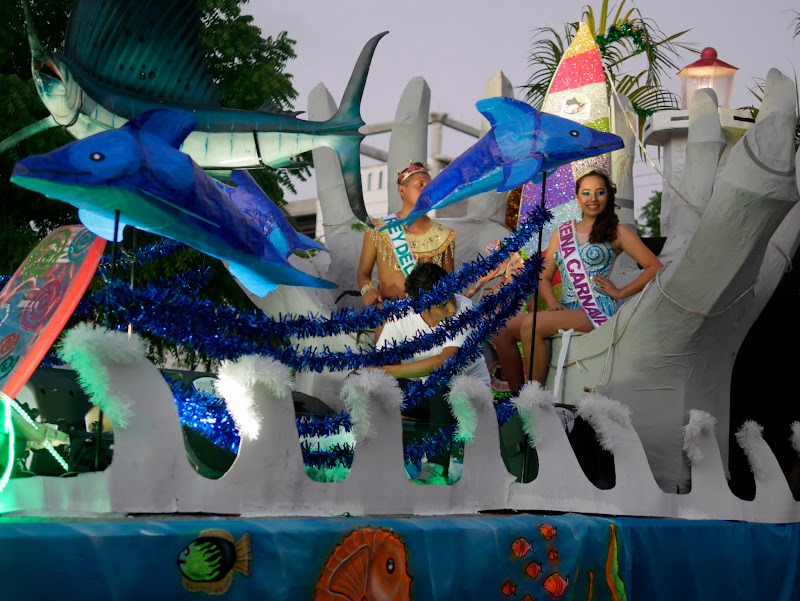 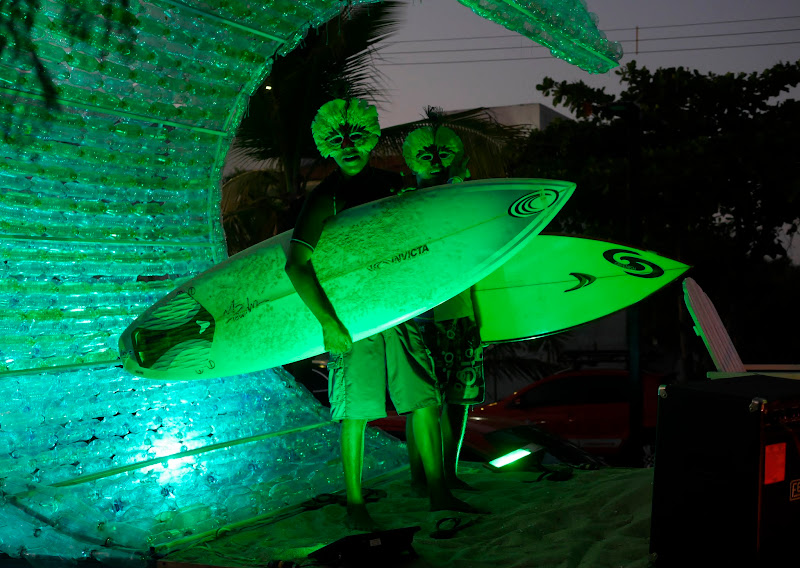 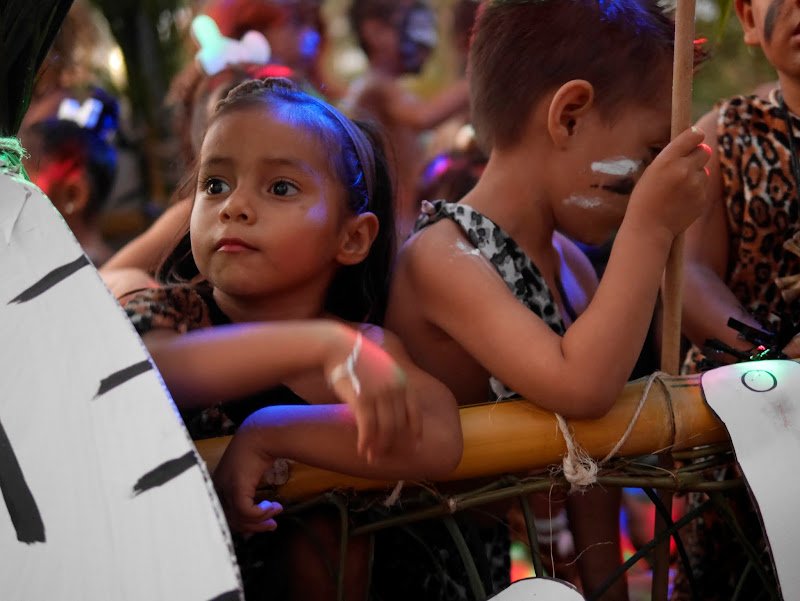 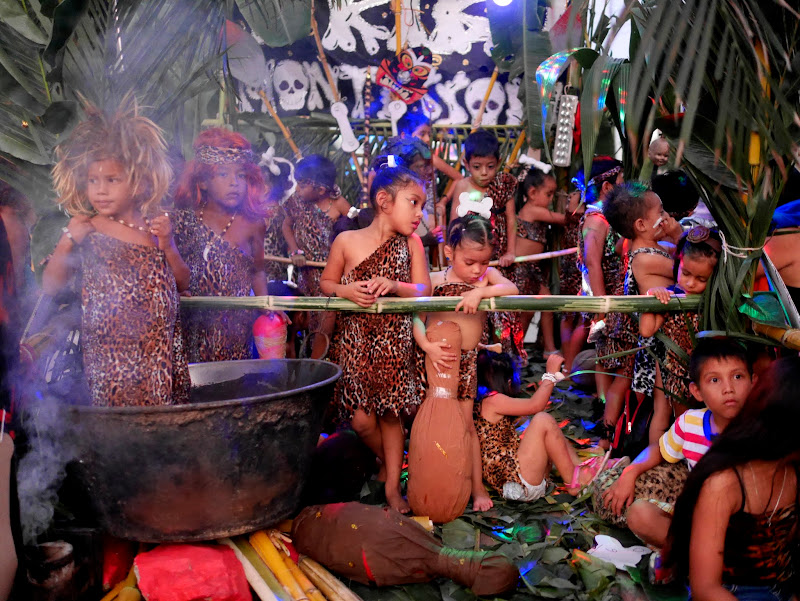 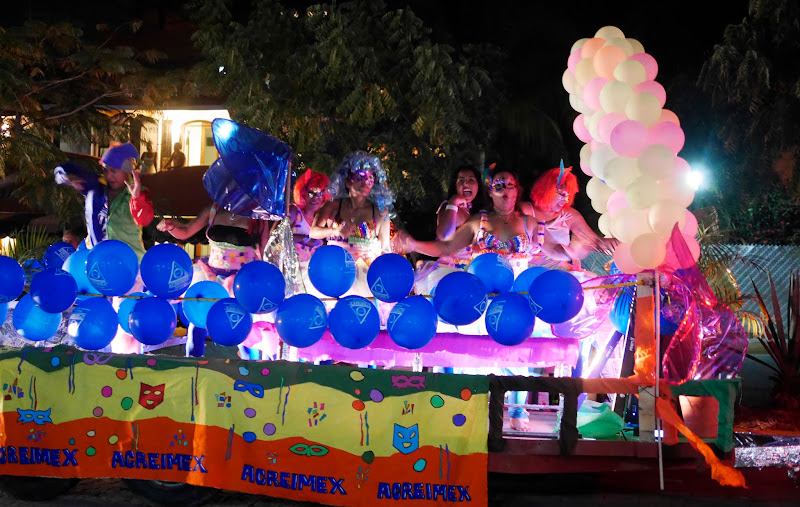 Maria and I were out shopping and had just returned with the latest find, a beautiful new sink. We were joking about how Maria was bringing everything home including the kitchen sink when we were almost trampled by our children and husbands on their way out to see a parade. The neighbour had stopped by informing them that there was to be a parade at six-thirty. We weren’t sure what the parade was for, but Maria thought it may have been for the fishing competition set to start over the weekend. Eager and excited we all walked to Benito Juarez Street to see the parade.

We waited, and waited, and waited some more. There was music and floats but no parade. Eventually we walked down the street, then back up the street and finally settled ourselves at Turtle Bay restaurant. It was well past seven when the parade finally started but it was worth the wait. It was loud, crazy and fun! There was candies for children and beer for adults. The best float was a trailer filled with cave-children… it was for the Montessori preschool. I wonder what Maria Montessori would have thought of that!

What a great way to end our stay in Puerto Escondido!

Thank you again for the news and beautiful photos. I guess you should be on your way back pretty soon. Love